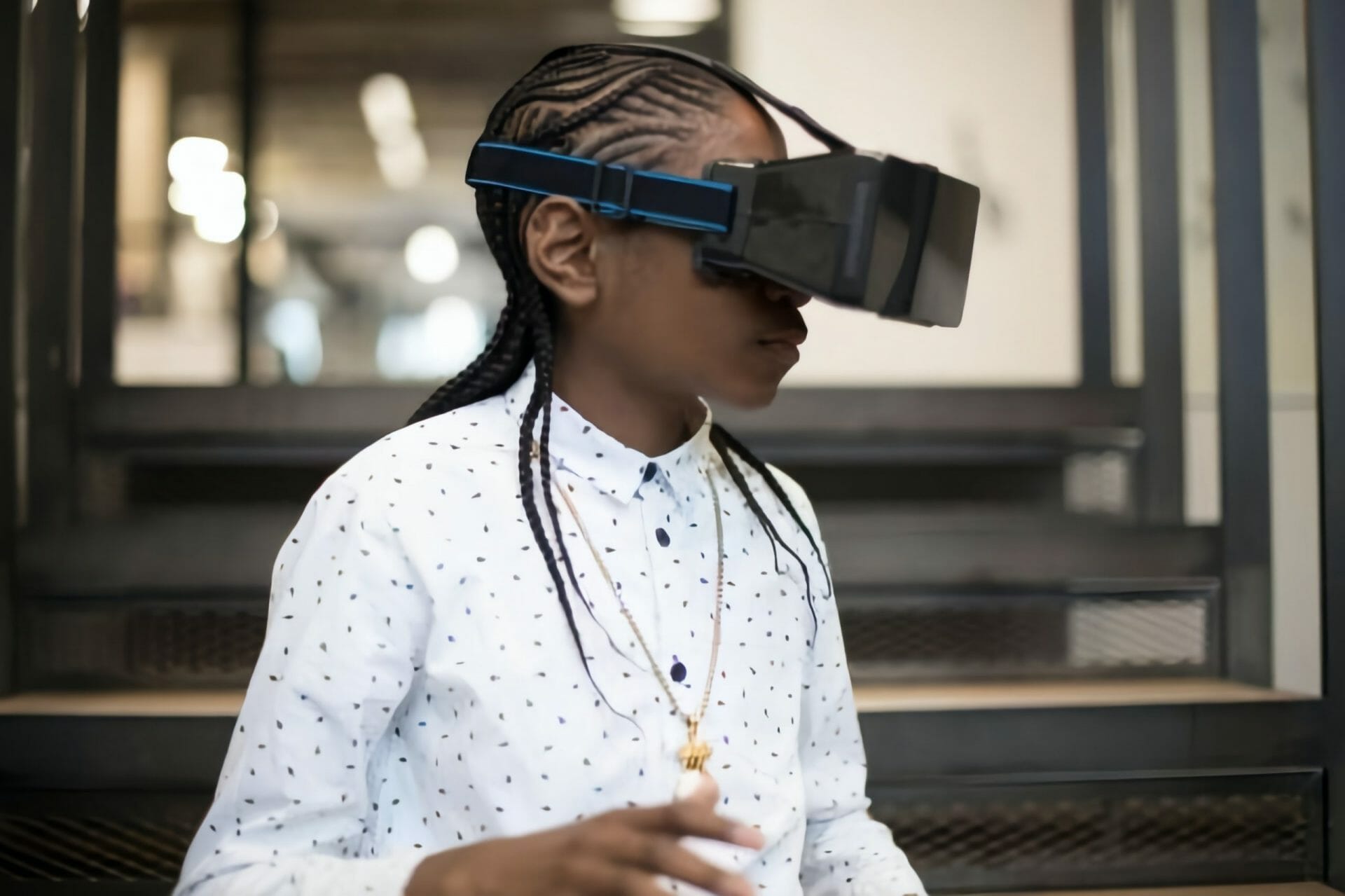 Quick tips and tricks for testing the Metaverse applications, the hot upcoming technology.

Metaverse is a hot term that has been debated over the past few years. Firstly coined by Neal Stephenson in 1992, it is now being dragged out from science fiction and becoming more and more real.

In this article, we would like to guide you through an expert’s tips on effectively testing the future trend of Metaverse applications as a quality assurance analyst.

Our speaker for today is a QA manager from RingZero Games Studio, Anuj Tripathi. He has worked for over 15 years in various sectors: spanning banking, securities, mobile apps, and gaming. While working for Kasikorn bank, a Thai banking company, he realized that there is a lot of QA domain IT work to be done here in Thailand and decided to contribute.

What is the Metaverse?

Plus the different types of Metaverse applications

Although there is no clear definition of what it is Metaverse for now, according to Anuj, he suggested that it is a place where people can connect via the internet and VR, which mirrors the real world.

Metaverse cannot be Metaverse without shared resources. It will be interconnected with energy, currency, and various aspects of resources. Therefore, flawlessness is critically essential.

Thanks to this cool metaverse world. You don’t even have to set foot in the physical campus to get your diploma. Connecting via AR and VR devices, people can teach and complete the whole degree within the metaverse application.

Like the casino games ecosystem, metaverse gaming applications will share all in-game purchases using the same online identity and currency.

Anuj expects that we will have a virtual identity that coexists with other identities in the future. Facebook, Instagram, and Twitter will be integrated and become a part of Metaverse. The hologram appearances and others from sci-fi movies may not be far!

Proposed by Anuj, he claimed that this is the most important one as it would generate more revenue than ever. It is having the cycle of generating and spending money.

He said, “Business companies or app development companies, they have to come in making a business application which is going to add value addition to the people’s life.”

For instance, what we are having now is NFTs, where people can manufacture and display their virtual items in the unreal world.

Or other real-life service delivery can be conducted through Metaverse technology, like online counseling, virtual job interviews, or the retail shop that lets you virtually walk straight to the front store.

We are offering quality assurance services!

See below to get our service with long-experienced team members

As suggested by Anuj, the hardware is now not living up to the expectation. Even though we now have VR glasses, the sensibility is not advanced enough, and the price is still too expensive to be ubiquitously used.

However, there are ways to test them. The easiest one is going to general Google search for target audience the most used tools in 2022. Normally, it would come up with primarily computers and mobiles. The current in-scope hardware right now is, of course, the Oculus Quest.

Oculus Quest VR headsets are mainly used for gaming, exercising, virtual drawing, and virtual communicating (only available on PC and not as immersive as Metaverse definition)

There is also The AR glasses ecosystem, focusing on enterprise use like Microsoft HoloLens, the collaborative tools for working remotely.

High-quality computers, high-end mobile phones, and smartwatches are also concerned when it comes to a cryptocurrency wallet and NFT buying and selling.

Anuj recommended that the best way is to be an end-user yourself. Although buying the devices may cost you a lot, consider it an investment. Practical knowledge is important ​​to understand the user’s natural behavior for metaverse apps and hardware.

However, watching technology vlogs and considering how new features will be implemented in a practical and humane approach are the more cost-effective methods.

For instance, you can study through the new feature from Apple, ‘Apple Share Play.’ This new feature allows users to FaceTime and watch videos or movies with their friends, making them feel like they are watching it together.

You can look for a case study such as ‘Binance Fan Token,’ which is a utility token that offers the holders particular advantages to certain clubs with which the Binance Fan Token has a connection.

Another way is to play games since all the latest IT technologies and features are often firstly introduced in the game or adult film industry.

The closest Metaverse game available now is ‘Axie Infinity,’ according to the Uig Studios article. In terms of finance, the game intertwined with the concept of NFTs to regulate values of the creature, Axies, and other created items. The game has its own currency: spanning, Axie Infinity Shards (AXS), and SLP tokens.

What to try on Oculus Rift?

It’s undeniable that Oculus Rift or other VR headsets are the main only hardwares that let us enter the Metaverse in today’s world. As a quality assurance analyst, it is important to own one and try on applications as the real user.

Anuj recommended that after getting Oculus Rift, you should try some exercise or gaming applications associated with cryptocurrency.

The metaverse ecosystem is becoming more and more popular among non-technical savvy people. The ecosystem will evolve equally to the smartphone ecosystem. Humans will get accustomed to various implementations and features and eventually cannot live without them.

An effective quality assurance team should evaluate upon human features like touch sensing, voice recognition, and figure gestures. For example, the developers should fix the motion sickness and headache that the applications may create for the users.

As a quality assurance analyst, you must ensure that the application is easy to understand and use. Anyway, the users’ experience depends on the type of application they are using.

For example, gaming applications should be fun, challenging, frustrating, etc. In addition, NFT-related apps should have straightforward navigation and understandable in-app assistance.

The FTUE, first-time user experience, should be well defined and ensure that the app is safe enough for users to proceed further. Additionally, every abled individual should have access to the diverse accessibility testing.

The user interface should be easy to navigate. To illustrate, nodding head or natural hand movements should be simple and similar to what we used in our organic ways.

Using case types might help. The hardware dependency is significant. The application should support all of the hardware. Therefore, be sure to know what the top 5 popular devices are. Besides, Anuj highly recommended testing hardware with questions such as where the application will be launched or who will be using it.

Find out more about what ‘Case Types’ is in this article.

Since most time-sensitive features must consume real-time duration, the cheat codes to alter the timestamps in the database is important. For example, as Anuj exemplified it, the hatching eggs feature in Pokemon-Go or crops growth in Hay-day. The quality assurance analyst should have cheat codes for this so they can test faster.

Nevertheless, it is still important to bear in mind what is happening before, during, and after the process, in this case, the hatching eggs, and find the bugs as carefully as possible.

The virtual world will have every type of group, be it wealthy, poor, males, females, children, or even animals. A good quality assurance analyst must be able to test all these diverse roles in the targeted devices with different profiles.

As Anuj suggested, “Make sure that it’s all good for all roles.”

Metaverse is interconnected with various software developers and sources. This means that there will be more chances of loopholes. Initially, it will be hard to find developers who can ensure the security of a web of connected software and applications.

As a quality assurance analyst, this may consume the most time because of the fluctuations created by the interconnected system from other developers and industries. The interoperable systems of metaverse make automated API testing become important.

New specifications for APIs are coming to the market faster while the existing ones are becoming obsolete. The recommended API testing tools are Katalon, REST Assured, Apigee, JMeter, and Postman.

You can learn more about what API testing in software testing is and which tools are applicable to your work in this article.

The Coming of NFTs

Or NBA Top Shots, which transfer the physical collections into animated digital ones. They make animated GIFs from basketball plays, such as the last-minute score or other important moments. On top of that, since it is NFT, the collections will always be authentic, and no one can copy them.

What’s the difference between Shutterstock photos and NFTs

The difference between Shutterstock photos and NFTs is that in NFTs, there is only one owner for the image. The technologies can ensure which picture is authentic and allow the buyers only to purchase the original ones. We can say that with the association with blockchain technology, everything becomes unique.

Anuj suggested that the immersive testing of senses and feelings should be considered most important. The more human-based the application is, the more successful.

“When I say it’s more human, that means more humans will be needed to test it. It’s all about feeling and understanding and how a human is going to interact.”

The Future of Metaverse

Anuj expects that the idea of Metaverse will become so popular that eventually, people will not be able to live without it.

““So it’s definitely once those are there and popular. Like everybody has that, then it’s gonna create a huge value addition.”

He also stated that the software developers at Morphosis and Seven Peaks Software will already be ready for the change.

“Once that is there, then these developers from Morphosis and Seven Peaks will make these kinds of applications which are ready for this ecosystem.”

Sooner or later, the metaverse is the idea that will be booming, and testing the Metaverse with an effective quality assurance practice will be more and more crucial.

We hope our article delivers good tips and tricks that can benefit the QA services at your place. However, if you want a good quality assurance service now, you can contact us right away.

Still unsure whether to get the service or not?

Contact us to try on our free 30-minute consultation with an expert.