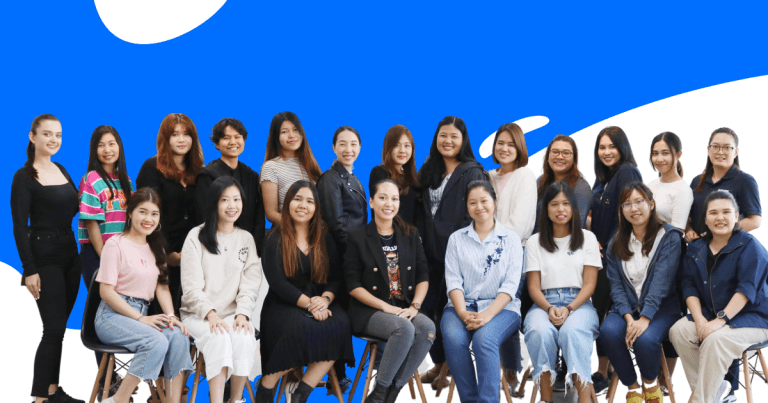 Why workplace diversity is important

Hear from our women in tech 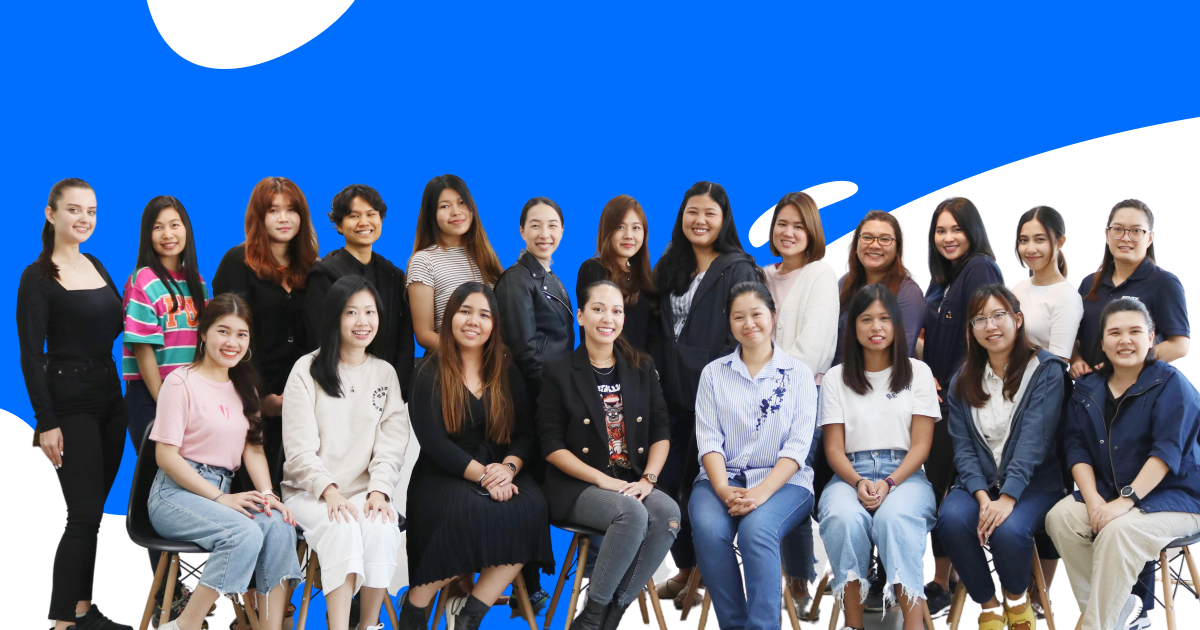 To gender inclusion and diversity in the workplace

For many decades, the technology industry has become a big part of our lives – from the first chopping stone that was invented nearly 2 billion years ago, to the latest Artificial Intelligence in 2021. All these tools aim to make our lives better and easier. Technology is not just something fancy, but it is a hope for a better day – giving women the chance to shine in gender diversity and inclusion in the workplace as the women in tech.

The tech industry has been a male-dominated industry for centuries. When you think of famous people in the tech industry, you likely think of Facebook’s Mark Zuckerberg, Apple’s Steve Jobs, or Tesla’s Elon Musk, but what about the women and the women in tech?

Women are smart and have abilities to do anything just like men can, they are only underrepresented. It is obvious that the tech industry needs work.

Recently, with the rising of gender equality awareness, the gender gap in the tech world is slowly but firmly changing.

21 out of 70 is the number of women who play important parts in contributing to the success of Seven Peaks Software.

We strongly believe that anyone can be anything, and it is our mission to encourage the women in tech to pursue their success in the tech industry.

In this article, you will get to hear from our women in tech at Seven Peaks Software, including some of today’s most powerful women in tech.

“The empowered woman is powerful beyond measure and beautiful beyond description.”
– Steve Maraboli

Ginni Rometty is one of the 50 most powerful people in tech. In the history of more than a century of existence and development of IBM, Ginni Rometty was the first female CEO.

She is both a system engineer and a consultant for computer companies. She is the one who brought IBM into the “2nd century” splendor with the truth of life “no problem is unsolvable!”.

Meg Whitman is known as the woman of steel in the world of technology. After receiving an MBA from Harvard in 1979, Withman began her career as a brand manager at Procter & Gamble in Cincinnati, Ohio.

In 1989, Whitman became the VP of strategic planning at The Walt Disney Company. Two years later, she joined Rite Corporation Stride, before becoming President and CEO of Transworld Delivery in 1995.

When we talk about Facebook, we often think of founder and CEO Mark Zuckerberg. However, few people know that behind the largest social network on the planet is a female COO who is an extremely powerful operating director, Sheryl Sandberg.

After 6 years working at Google, Sheryl decided to look for another opportunity to assert herself. The meeting with Mark Zuckerberg was one of her big turning points. “Mark, why are there no women in your 5-member board?”.

The reverse question that no one asked for the CEO of Facebook has opened a new page in Sheryl’s life.

Why workplace diversity is important

Now, let’s hear from the perspectives of our women in tech at Seven Peaks Software who are shaping the tech industry in Thailand, why workplace diversity is important. 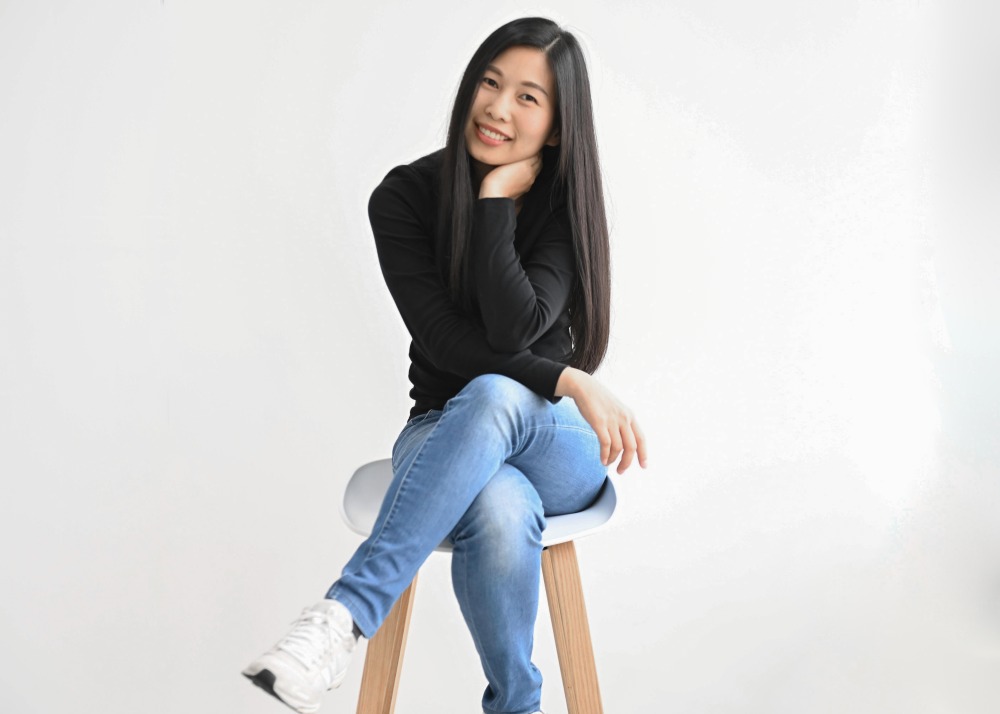 “Everyone can change the world including you.

Please encourage and challenge yourself to do something new, and let it succeed or fail. Then, you will feel good when you pass through it. Thank you.” 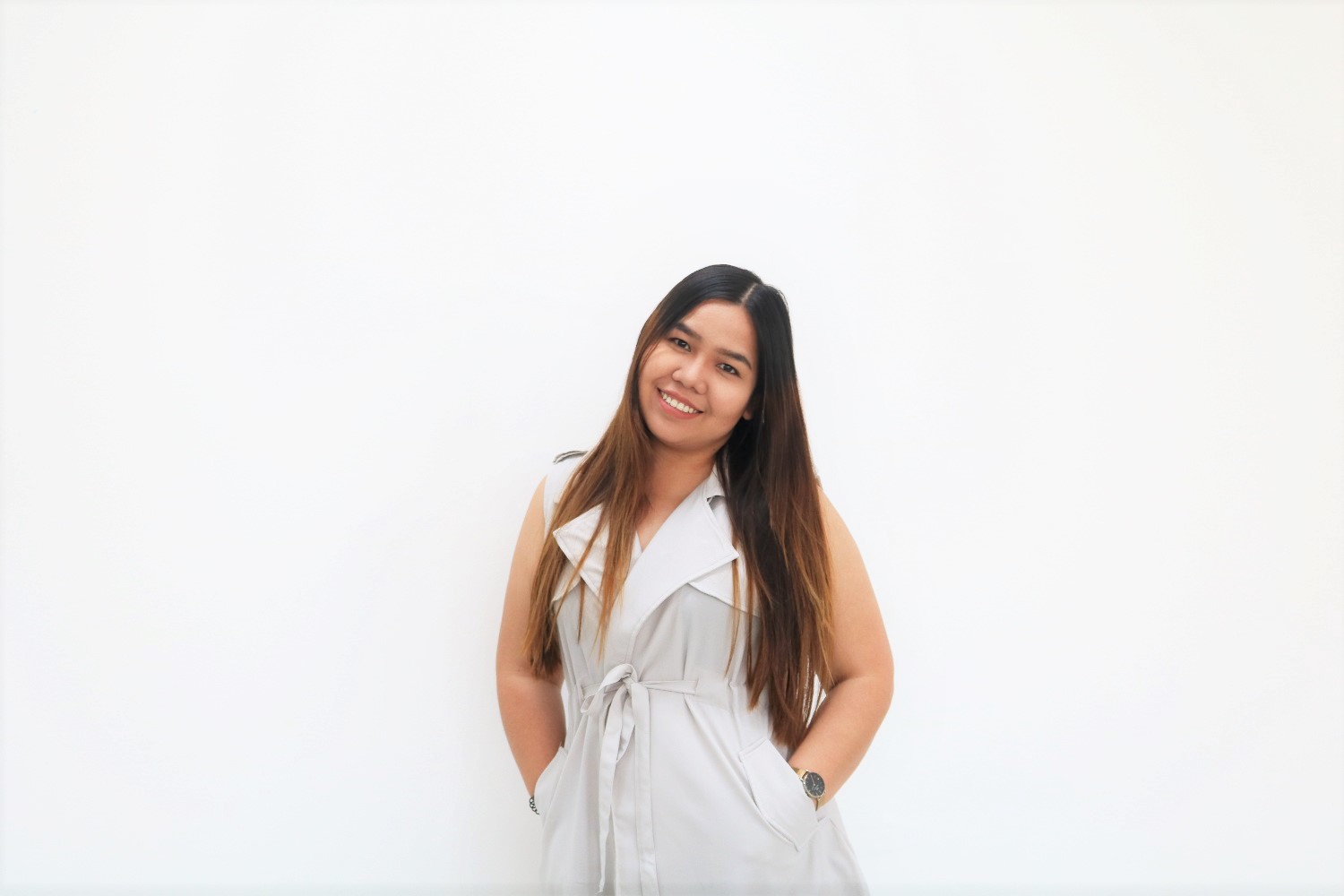 “In my point of view, I don’t really have a problem with my work-life balance because once I finish work at like 7 or 8 pm, I feel like I have a proper after-work life and not something that makes me feel pressured.

Don’t over do yourself and try not to take work from the office home because it can make your work-life more stressful.

Also, try to buy more time or find the time to travel and do something fun and amazing. Sometimes, this can be really helpful.

I think the trick is to not over-do your work, but if you can manage it, find a hobby to do on the side as well as your work. For me, this has proven to be very helpful.”

Women tend to apply if they have 100% of the skills and personality traits listed in a job ad.
Source: Harvard Business Review 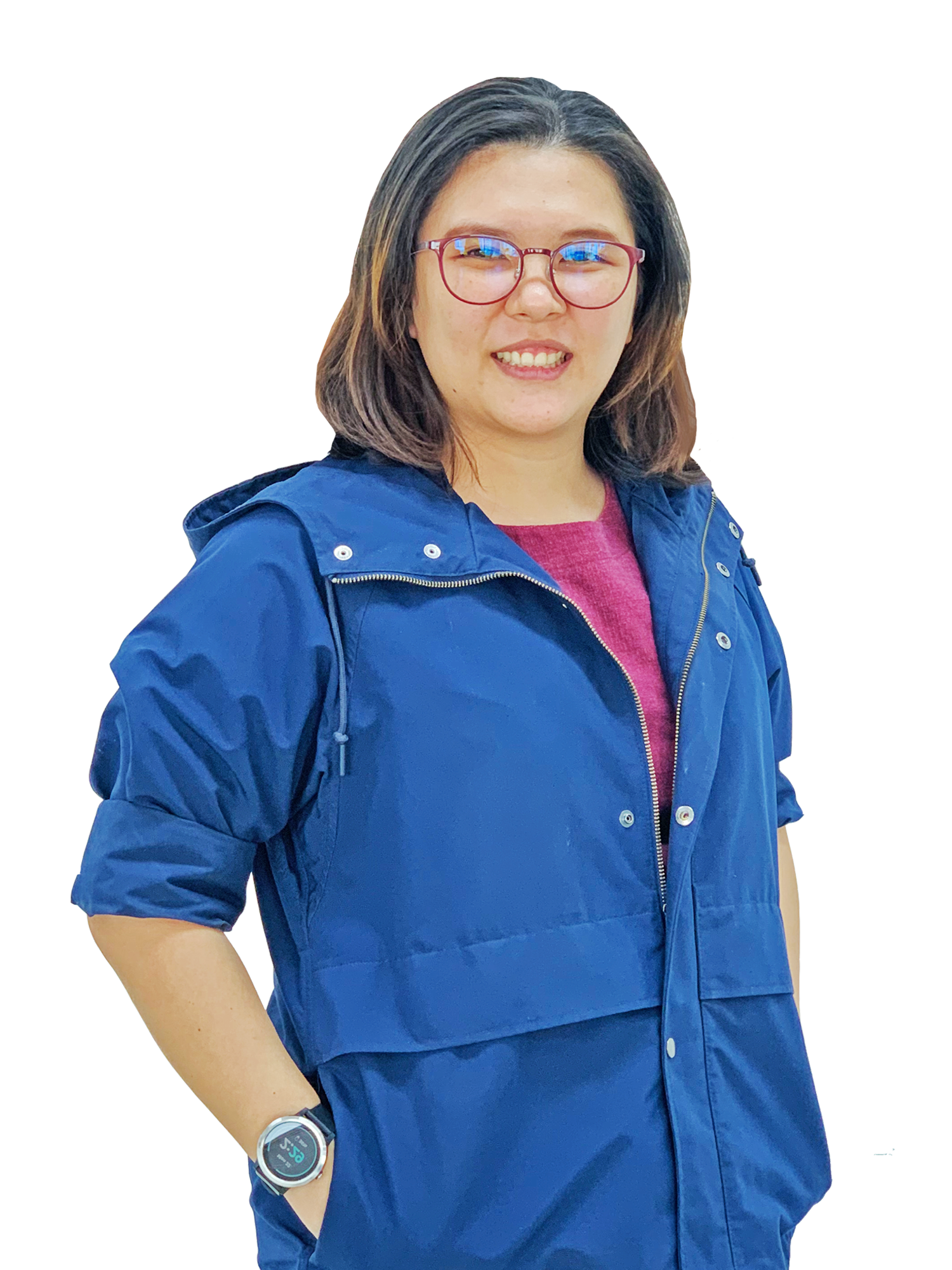 “Sure. Do not be afraid to start doing something if you are interested or if you like technology, just do it!

Don’t judge yourself through other’s opinions.

It might be hard at the start and in the beginning, but throughout your journey, you have to try and make your best effort to succeed.” 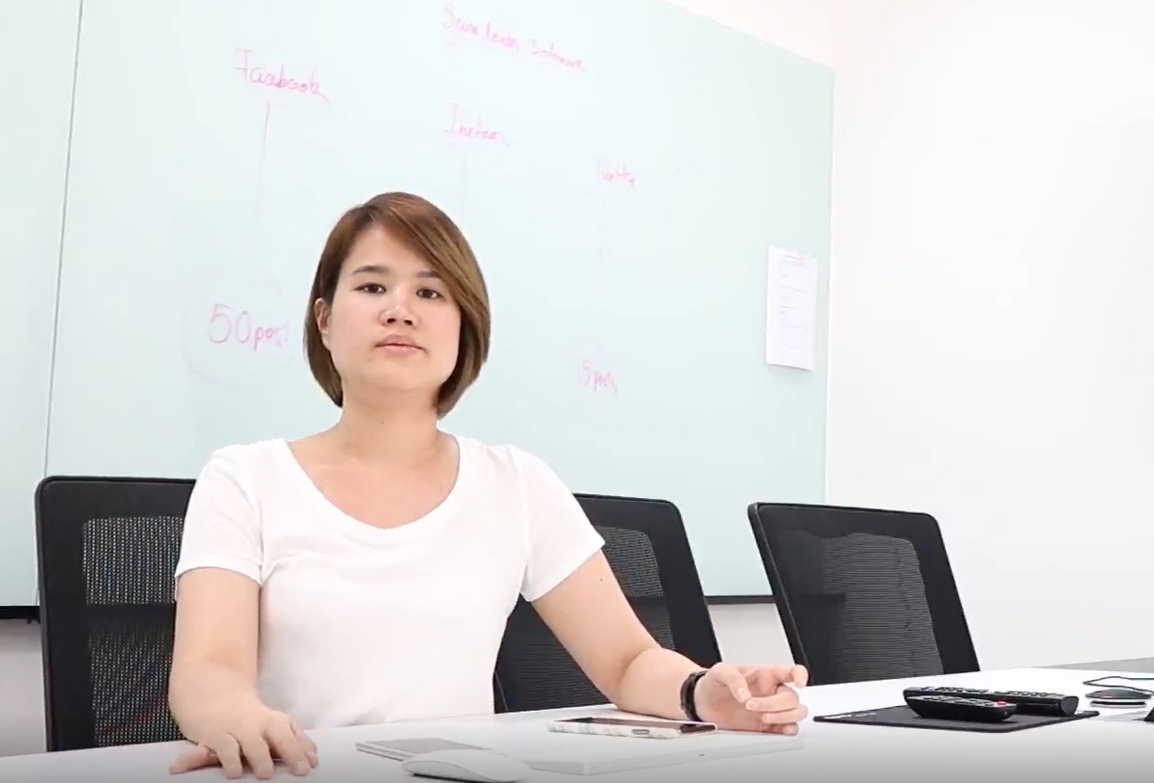 “For me, a company that treats everyone equally, no matter what gender, is the most favorable company to work in.

At Seven Peaks Software, the people here respect each other and open themselves up for new ideas and feedback.

This makes it more comfortable for me to speak out because I’m working in an inclusive working environment.”

We are a truly international team of 70+ team members from over 20 different countries. We value gender diversity and inclusion in the workplace to ensure that all our team members gain both personal & professional development while working with us.

With a variety of great benefits, challenging projects with high-profile clients, and a diverse multi-cultural team, we have been recommended as one of the best places to work in Thailand.

Seven Peaks Software is proud to promote gender diversity and inclusion in the workplace. We are pleased to now have over 21 female team members as part of our fast growing international team.

On supporting gender diversity and inclusion in the workplace

We often hear about Steve Jobs at Apple, Mark Zuckerberg at Facebook, Larry Page, or Sergey Brin at Google, and of course, we can’t forget that Bill Gates of Microsoft – a powerful and talented man in the tech world.

However, we rarely mention the women in tech out there around the world. Technology is inherently a more suitable field for men, though. However, it is undeniable in some cases the indispensable contribution of women.

To illustrate why workplace diversity is important, whether in politics or business field, the following women in tech have fulfilled their “mission” to inspire women around the world with powerful and valuable advice.

Not only climbing the ladder to prove their energy and dedication, they also make others admire them more when they dare to cross their own comfort zone to go on a path that few people choose. 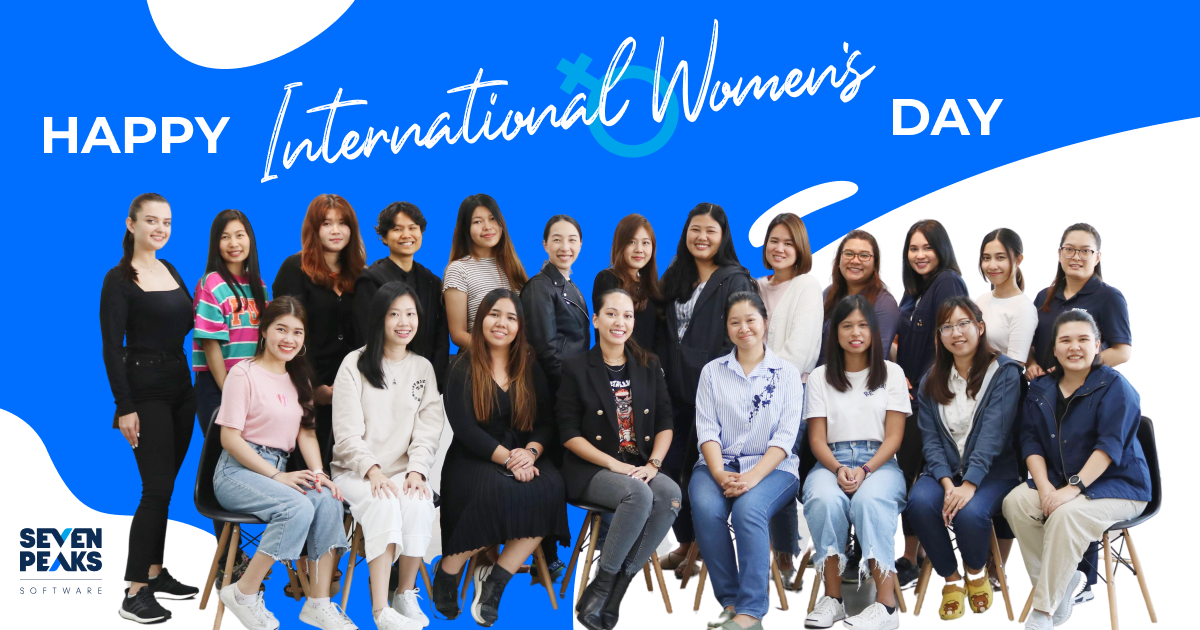 Be part of our growing, supportive, and
inclusive international working environment.