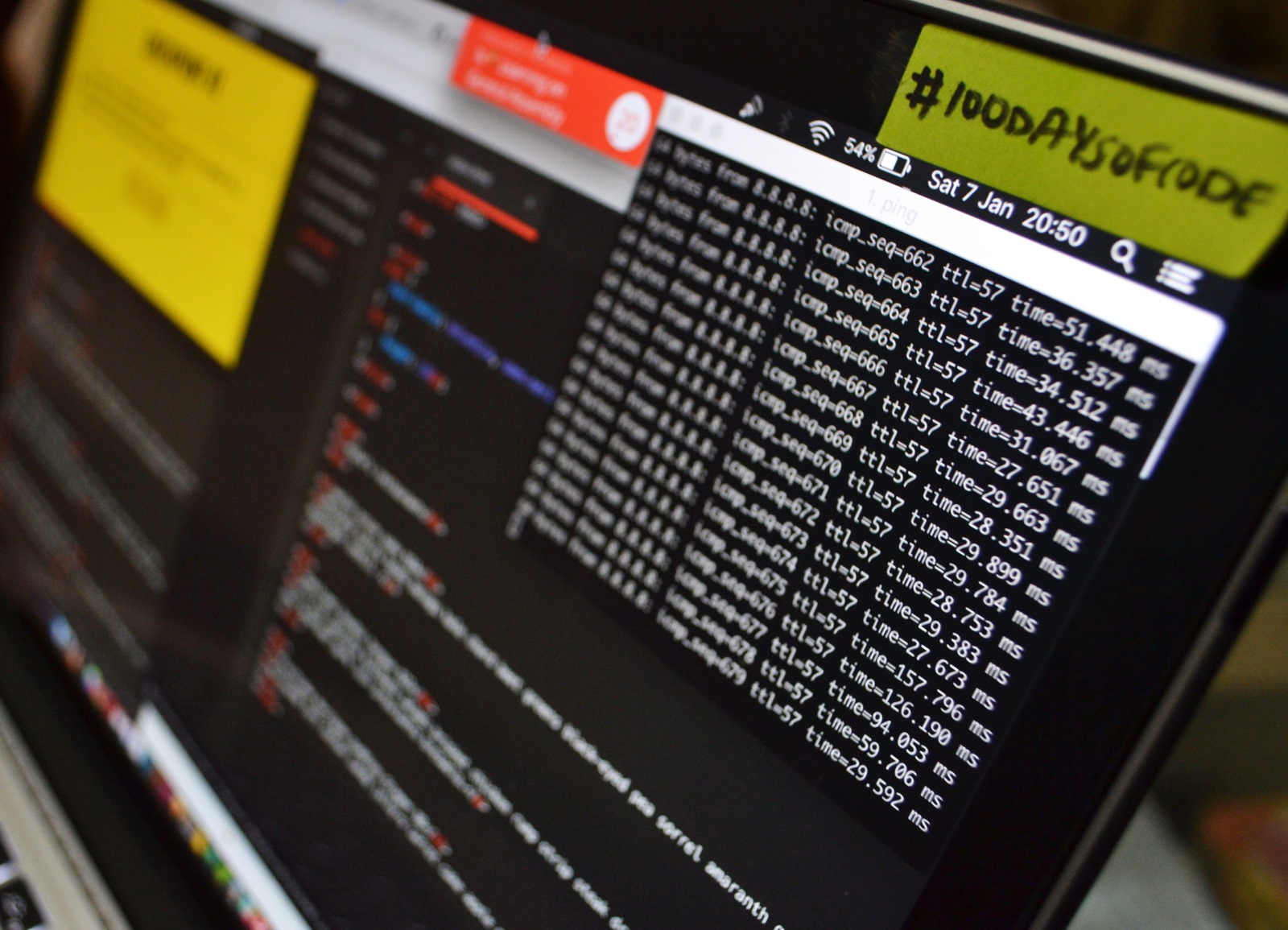 Node.js – The Past, Present, and Future

Node.js – The Past, Present, and Future

An overview: Database for Node.js

From this article, you will understand how Node.js has impacted back-end development, while getting insight of Hexagonal Architecture, so that you will be able to write more maintainable code. Importantly, you will also get to discover the useful tools that are used to organize cloud databases, database for Node js, with clean code practices from our speakers from Seven Peaks Software.

Importantly, you will also get to discover the useful tools that are used to organize cloud databases with clean code practices from our speakers from Seven Peaks Software.

Introduction to Node.js and the impact on the world of development

Scroll through the presentation here: 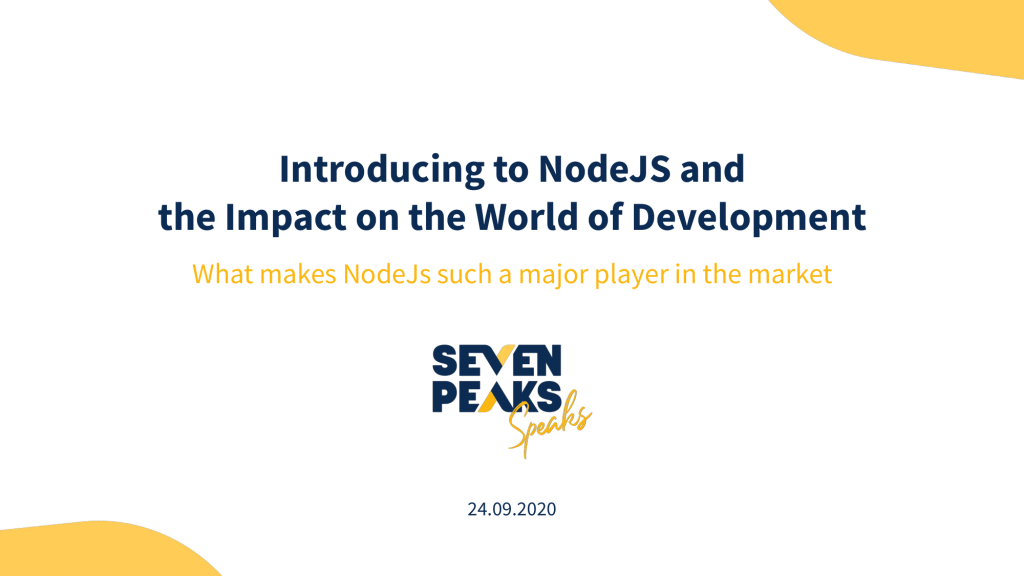 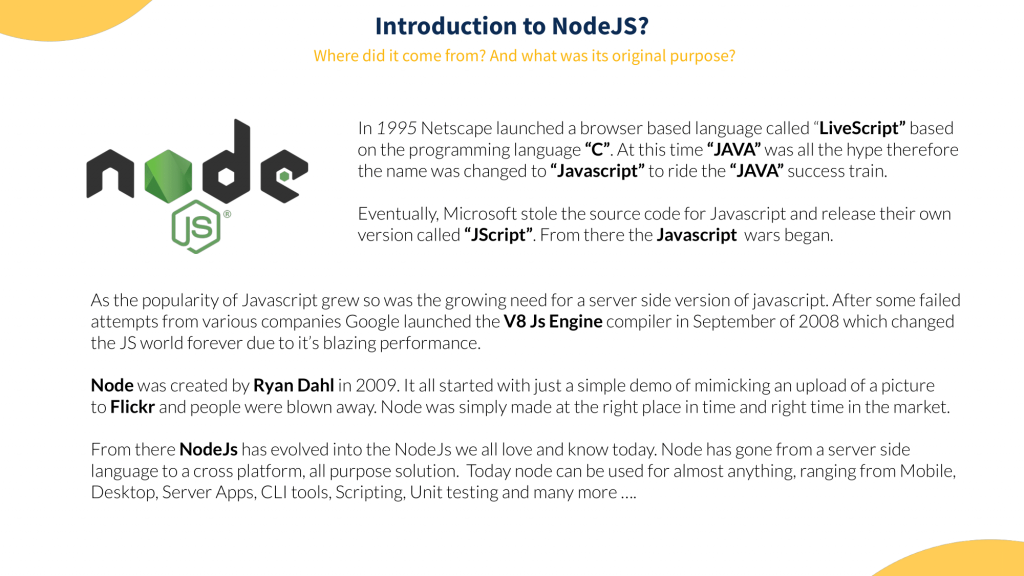 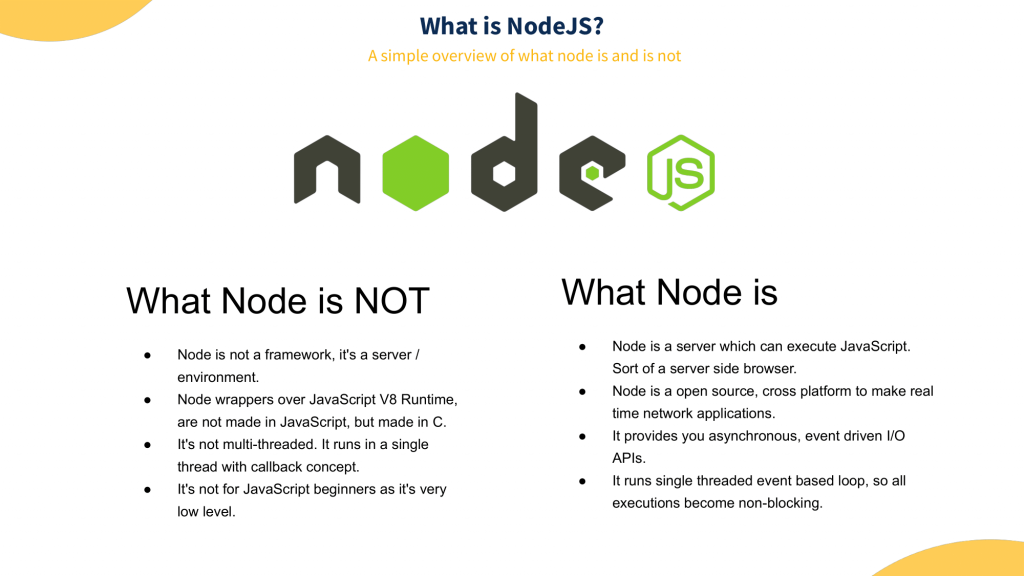 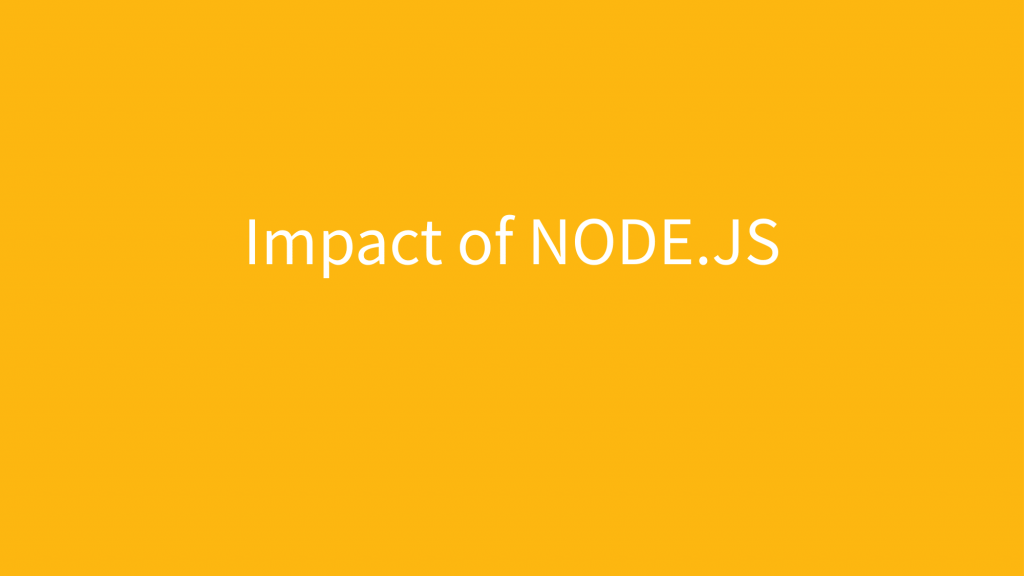 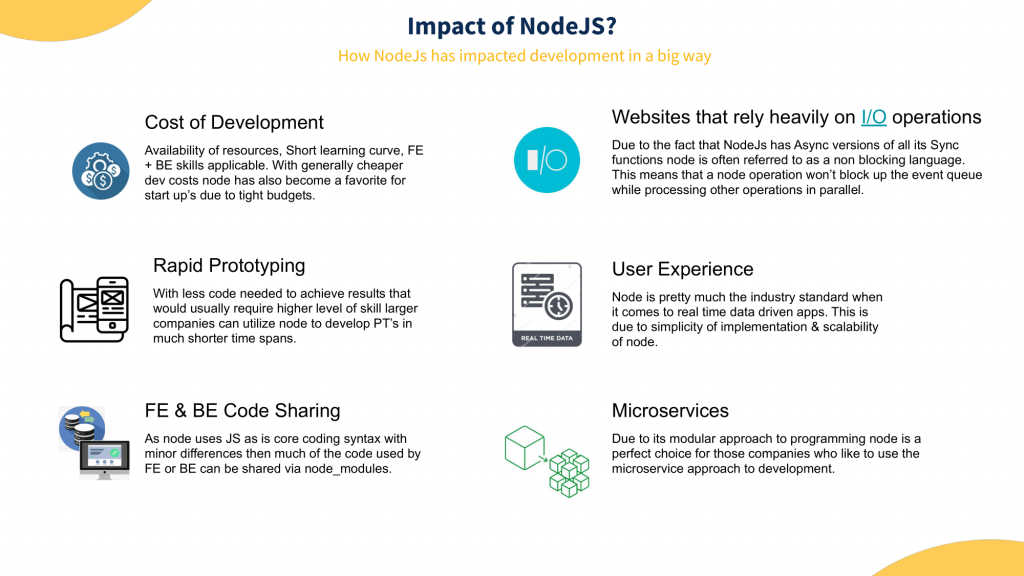 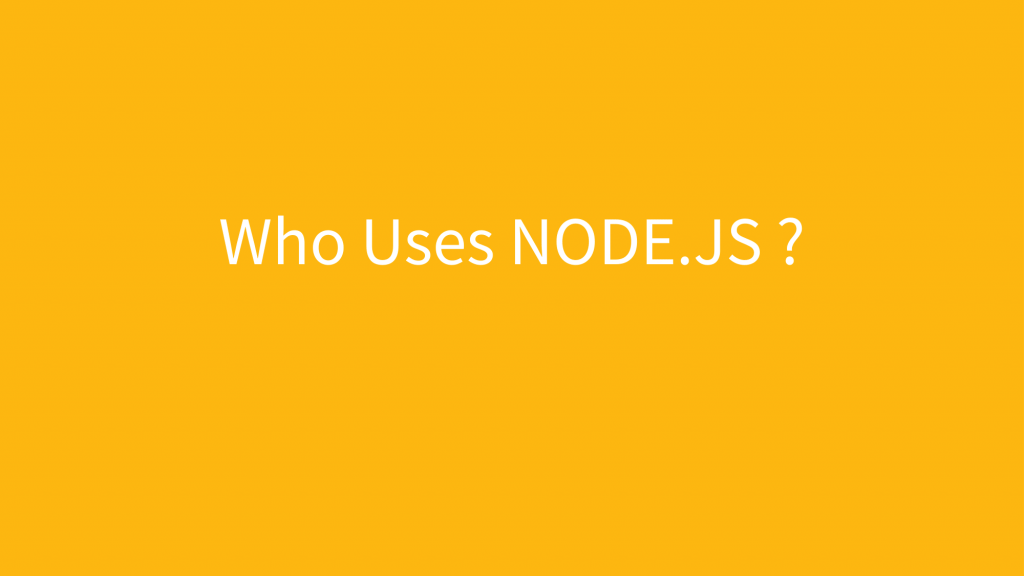 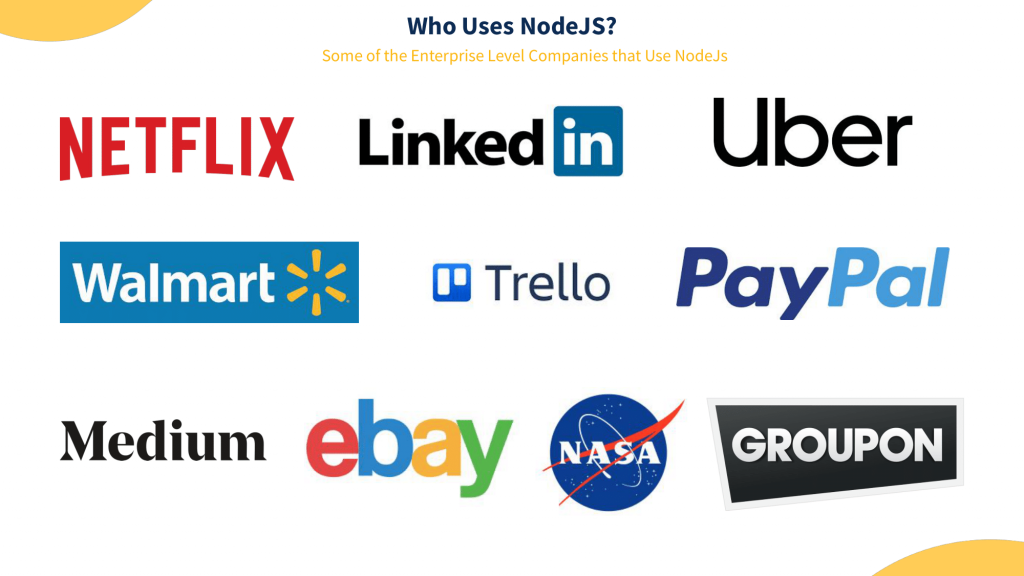 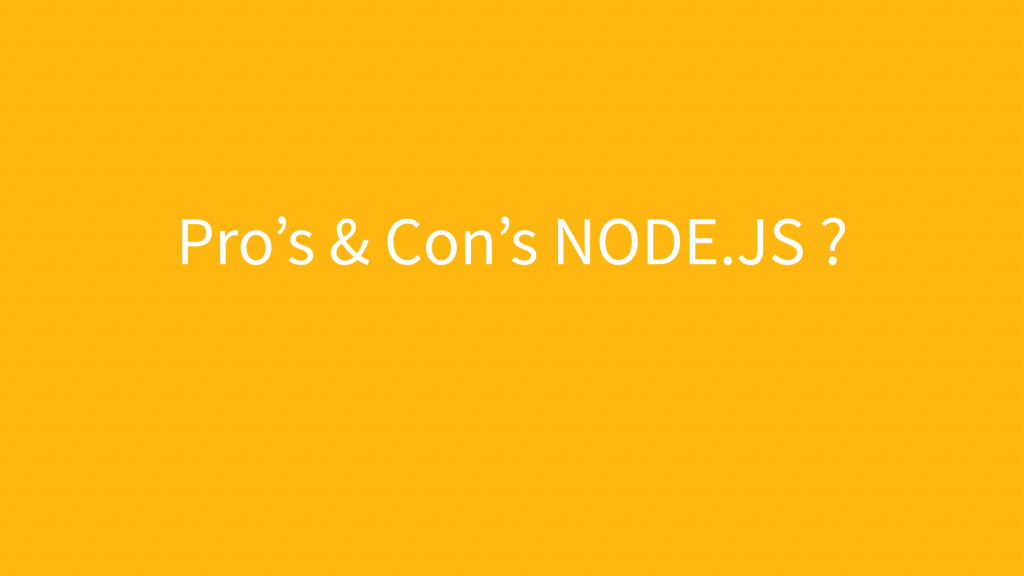 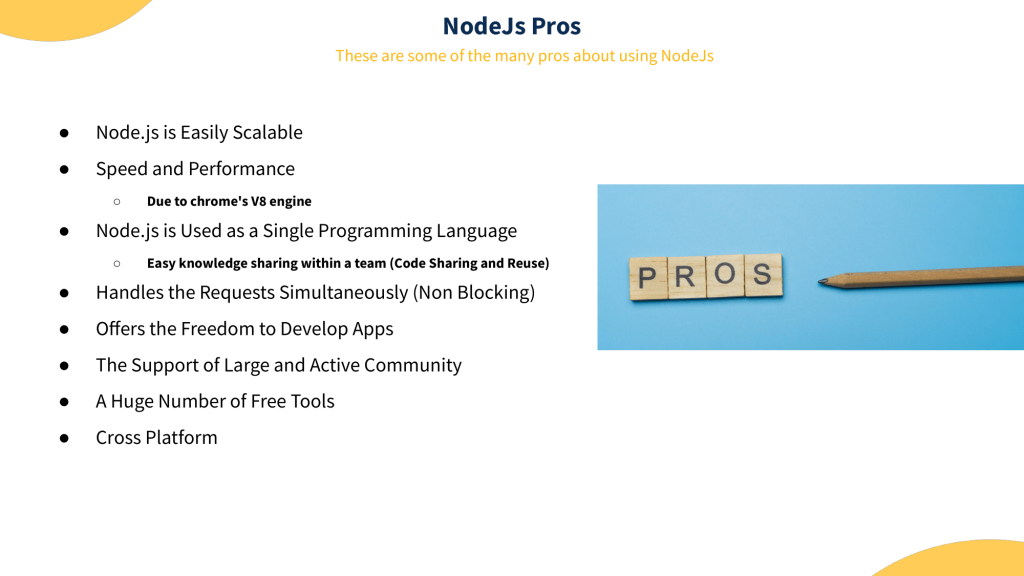 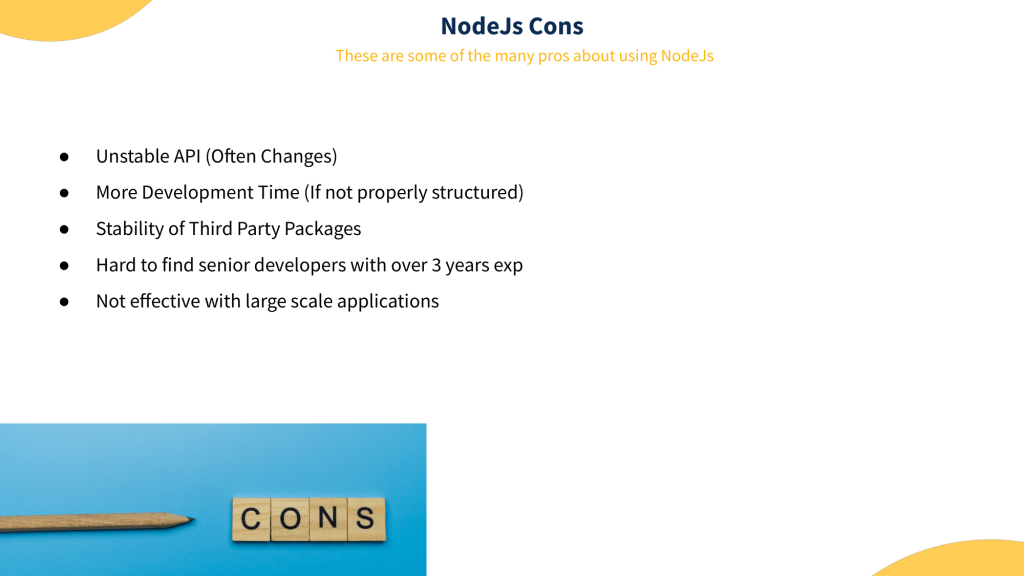 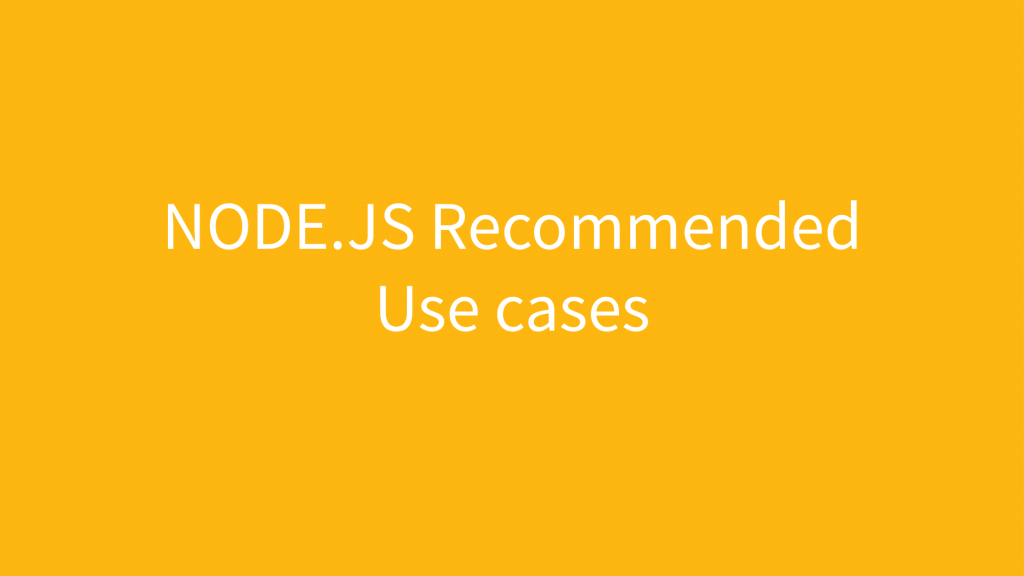 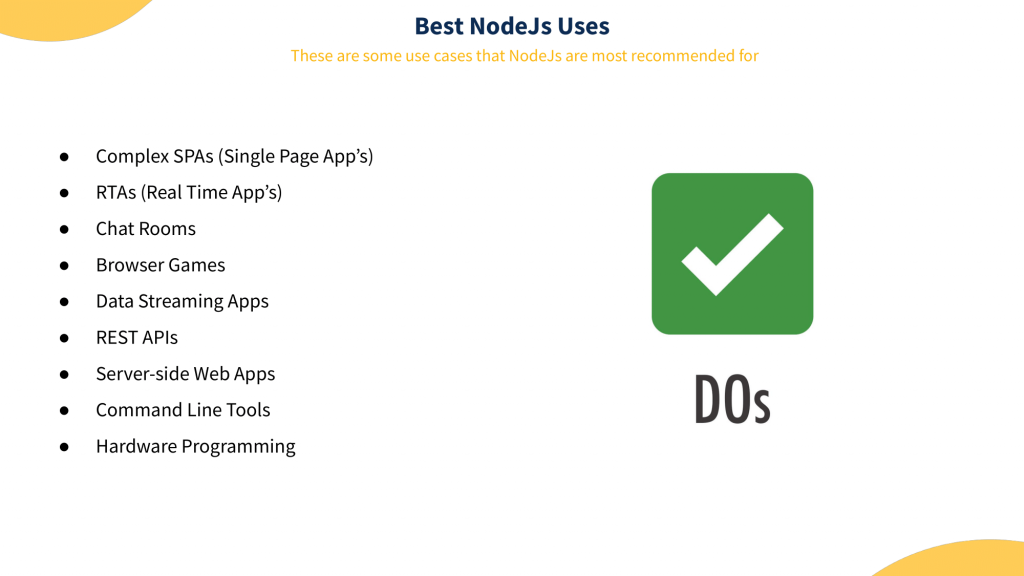 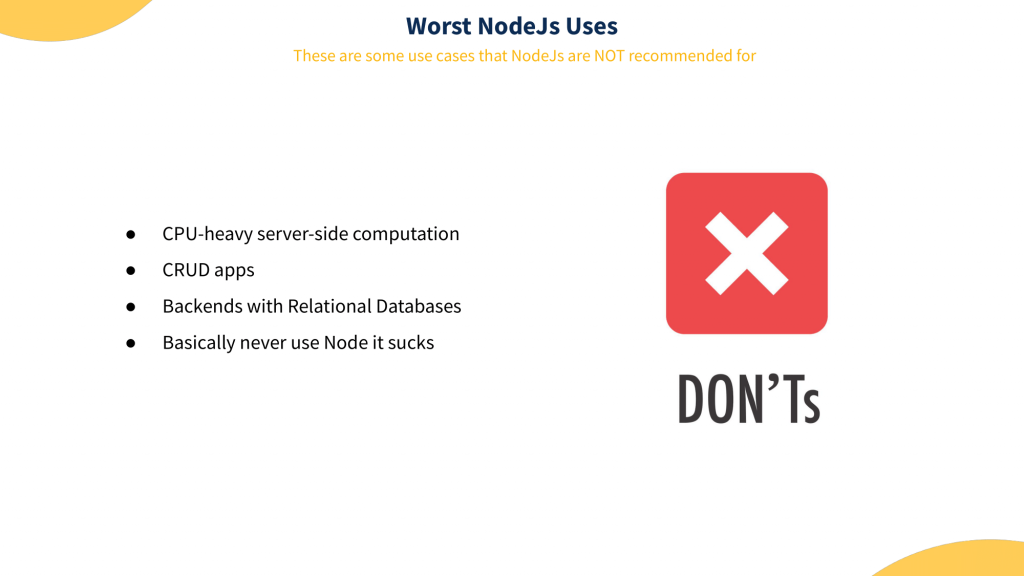 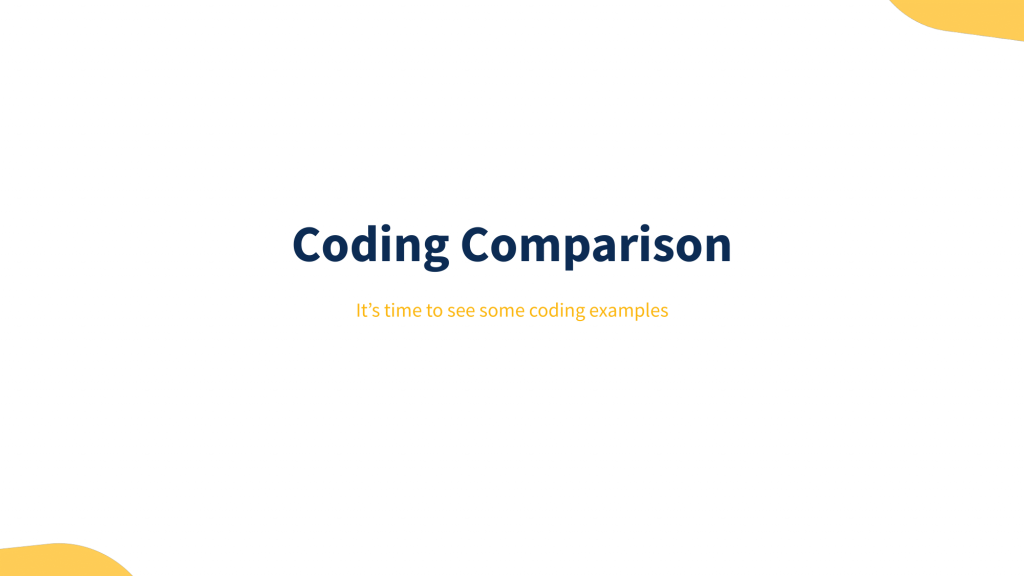 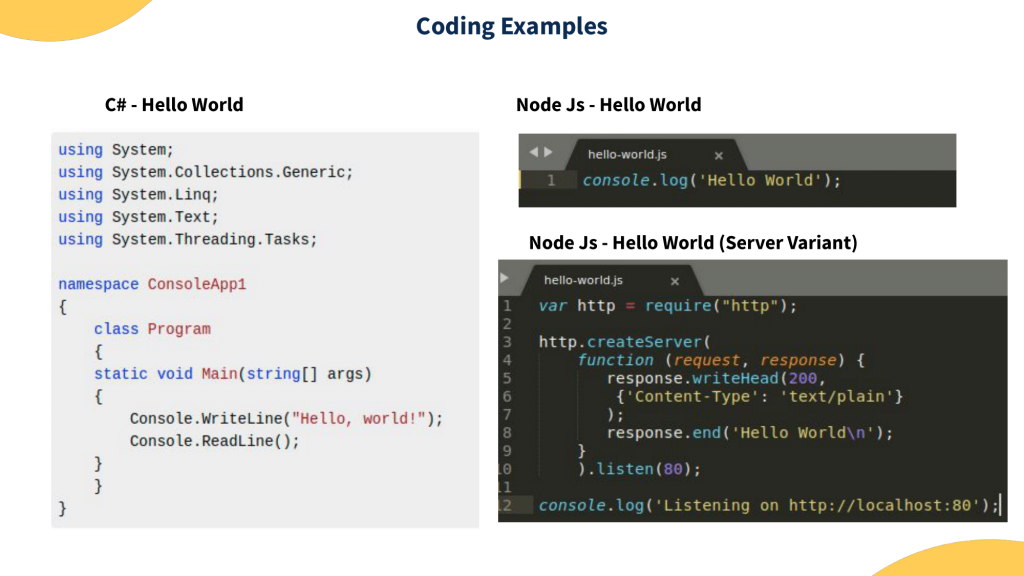 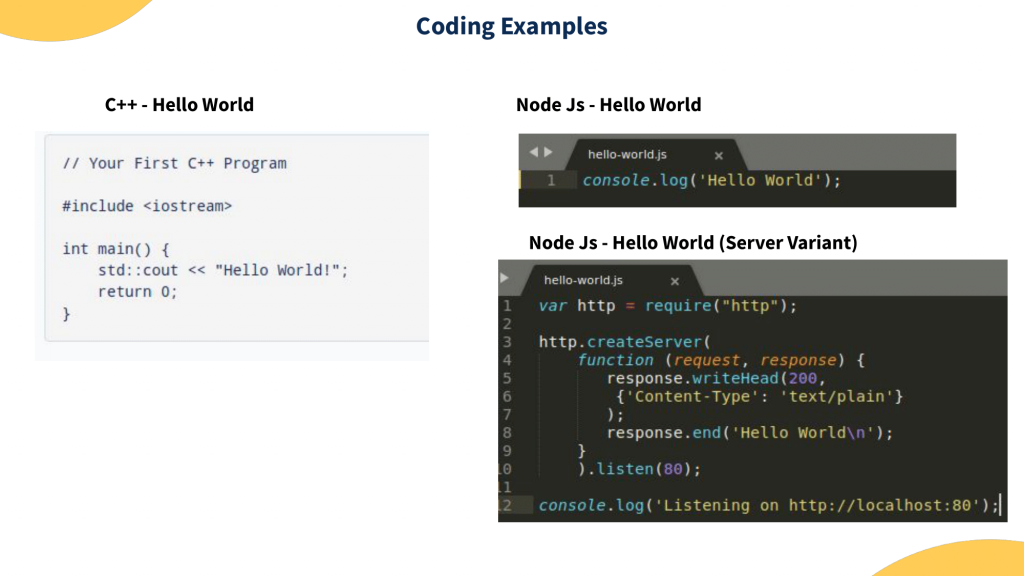 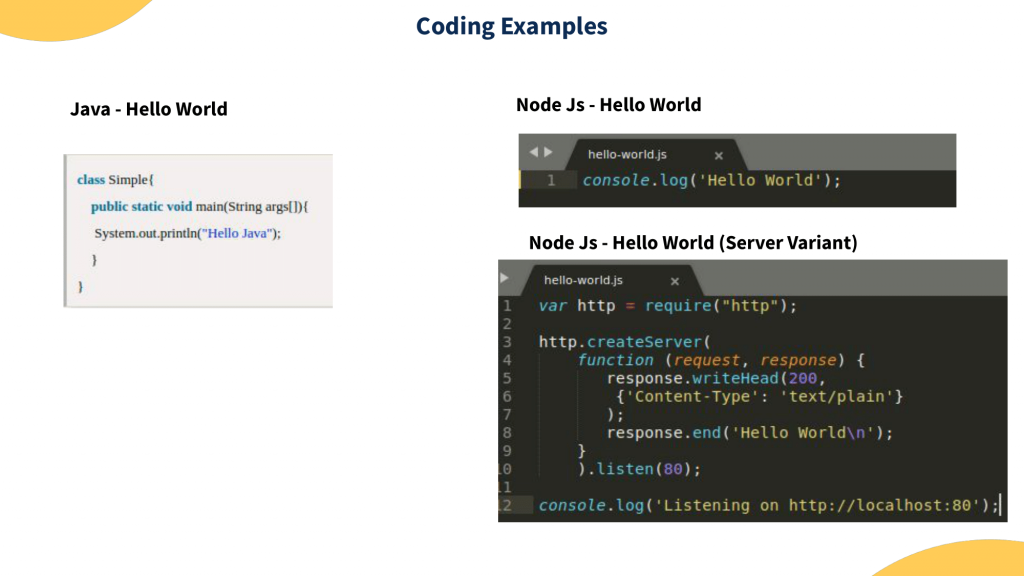 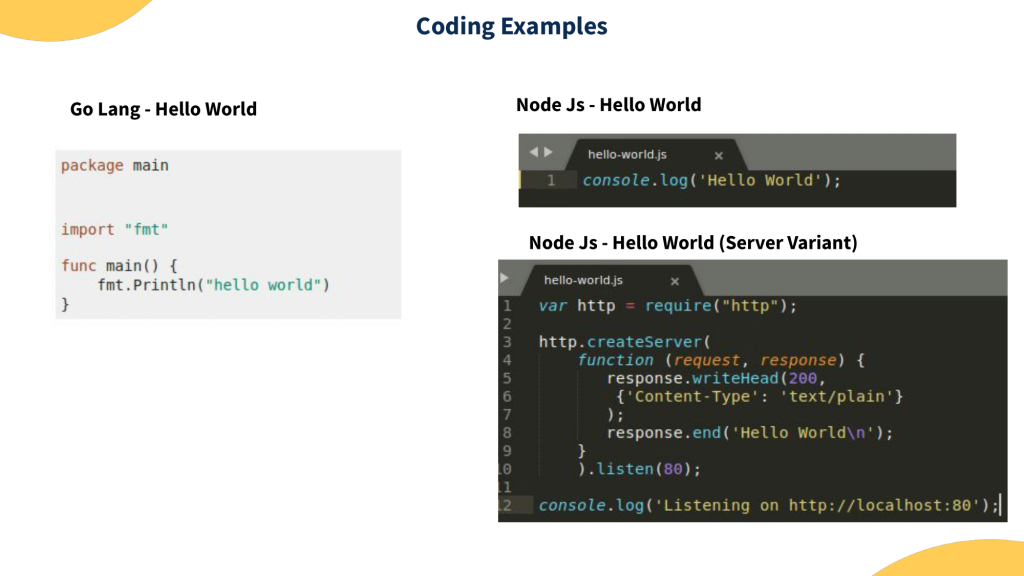 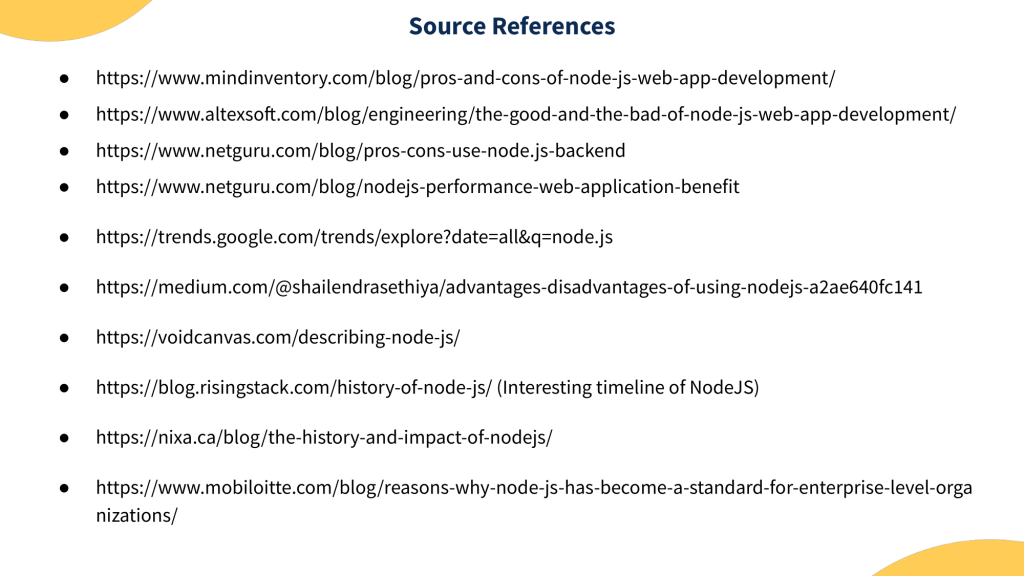 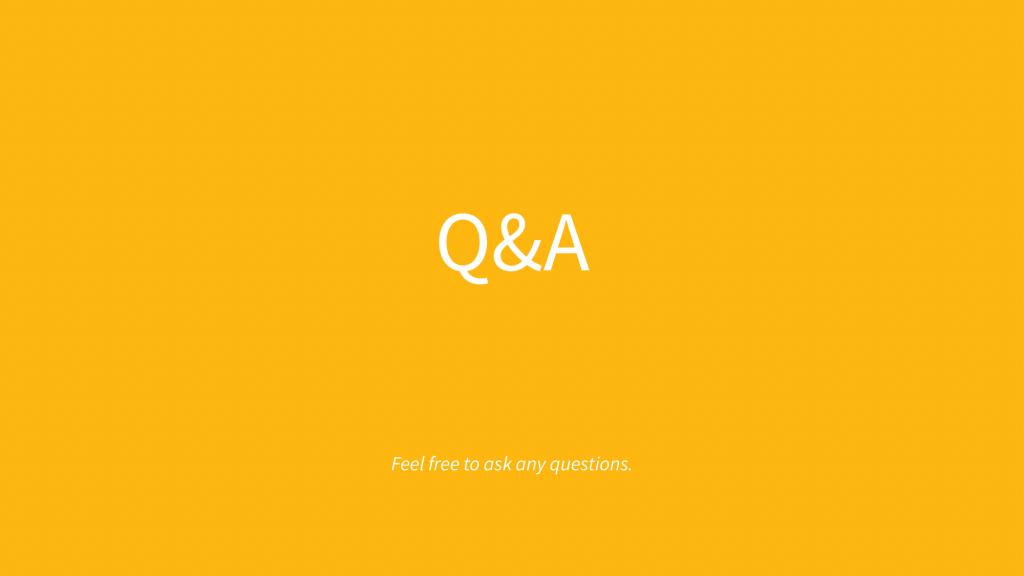 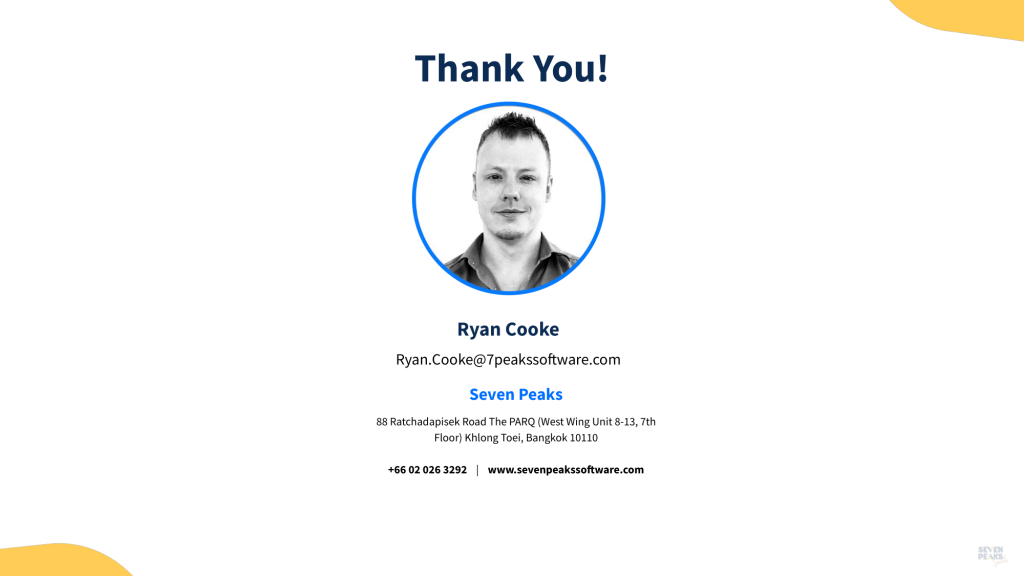 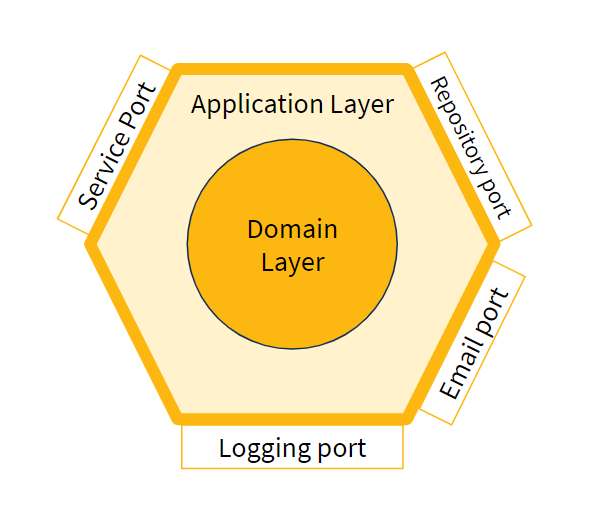 It is important to understand the Hexagonal architecture to avoid future coding issues and to write more maintainable code.

It is also important to understand “clean architecture”. What is clean architecture? It is the ultimate goal to separate Policy vs. Detail at the architecture level. This means that the application is independent from everything including Frameworks and any external agency. This also includes the business rules which are not bound to the database for Node js. You can easily test your business logic without any dependencies to the user interface, database or web API.

From the start, we have two layers which are: the main layer and the application layer. 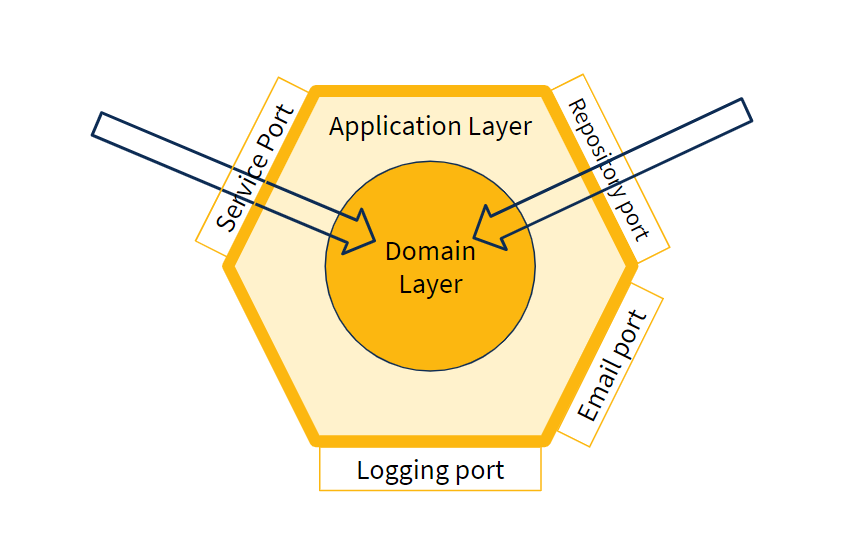 This one is already built in the application with hexagonal architecture; meaning that there is a similarity between the application layer as the main layer with the add-in of driving adapters which control your application. As you can see from the start, users can go there using an express web server which is called an “express adapter” through a service-port that controls the application to the left side of the driven adapters – as the application needs to access databases, email or log, etc. Basically, the adapters are the classes that implement the ports interfaces.

However, if you have the need to change the adapter, it can be done through changing the database, mail provider or easily migrating from Express to Koa. All you have to do is to remove the adapter and rewrite only the adapter code to implement these interfaces, because your application already has everything in place.

Is Deno the future of JavaScript?

Many people are asking if Deno is similar to Node.js. More questions include: why hasn’t Node.js improved? And why was Deno created?

To help answer these questions, let’s start with an introduction to Deno:

“Deno was invented by Ryan Dahl, known today as the creator of Node.js. In short, Deno is a JavaScript runtime engine and was introduced during his talk in 2018 where it was titled “10 things he regrets about Node.js.”

What is Deno made of?

Deno v1.0 was released recently in 2020 and it did make a buzz in the Node.js community. Deno is made from the following:

Deno is too young and Node.js is too stable. As Ryan Dahl, the creator of Deno and Node.js, mentioned in his talk that
“Node.js isn’t going anywhere”.

Take a peek at these brief coding examples of Deno in this video.

New innovations are needed for developers to be proactive and creative. Today, there’s a great way to manage projects without any pain points.

The good thing about mono-repository is that everything in the branch management always gets merged into master, as fast as possible, so ensure that your code gets updated. There are ways to do that and there is cache for it as well.

The CI/CD pipeline is pretty neat which you only need one CLI to config your CI/CD. Also, it allows you to share codes, libraries between APIS and different Web Apps so you don’t repeat yourself, copy and paste the codes, and don’t have to publish the code onto MPM and make it to MPM modules.

All struggles are not needed in the mono-repository. Basically, it speeds us up and allows us to develop much faster.

Nx is a set of extensible tools monorepos, which helps you develop like Google, Facebook, and Microsoft. It gives first class support for both frontend and backend developers.

Why will the future be server-less?

In a software world, you still need servers in server-less. It is just that you don’t have to manage them. Putting work loads that need lots of concurrency and a lot of CPU to server-less, without managing them, may cause problems.

So when do you need to go server-less?

The tasks that go server-less are those asynchronous and not happening all the time. Their resources can be requested and configured. As well as an event-based architecture – since there are time out limitations and micro nature of each component. It does make you rethink about workflow and all the architecture over again.

Scroll through the presentation here: 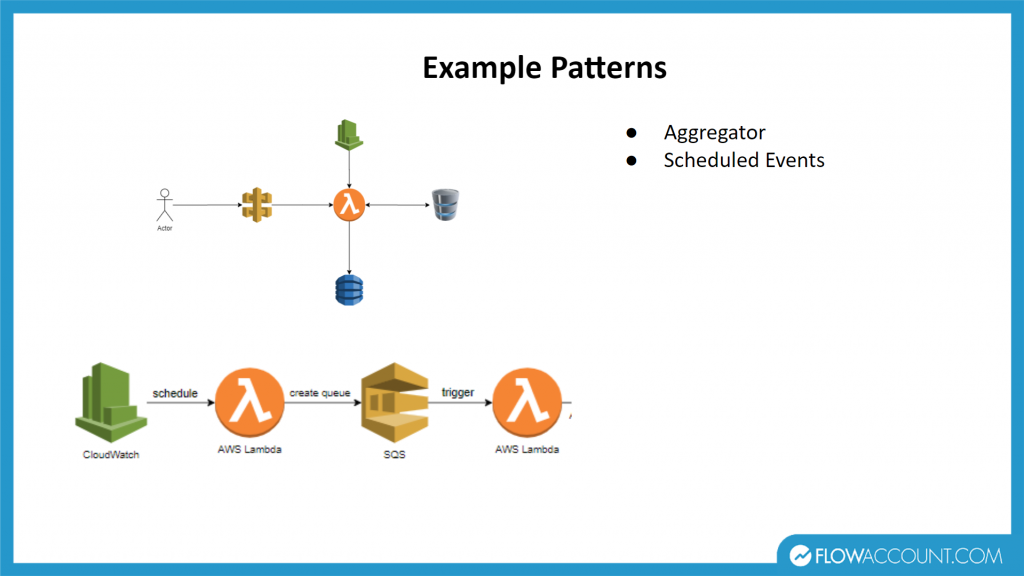 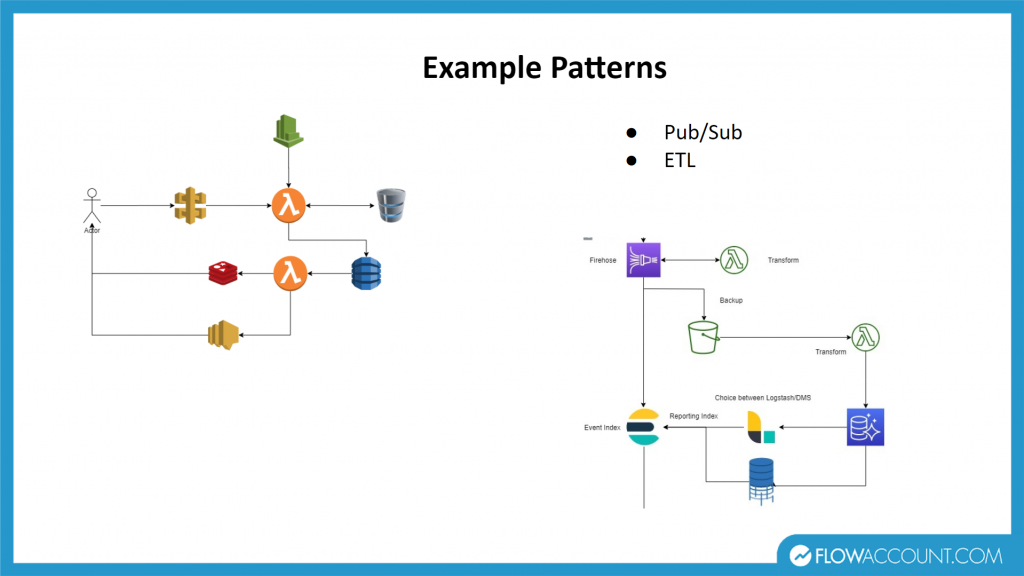 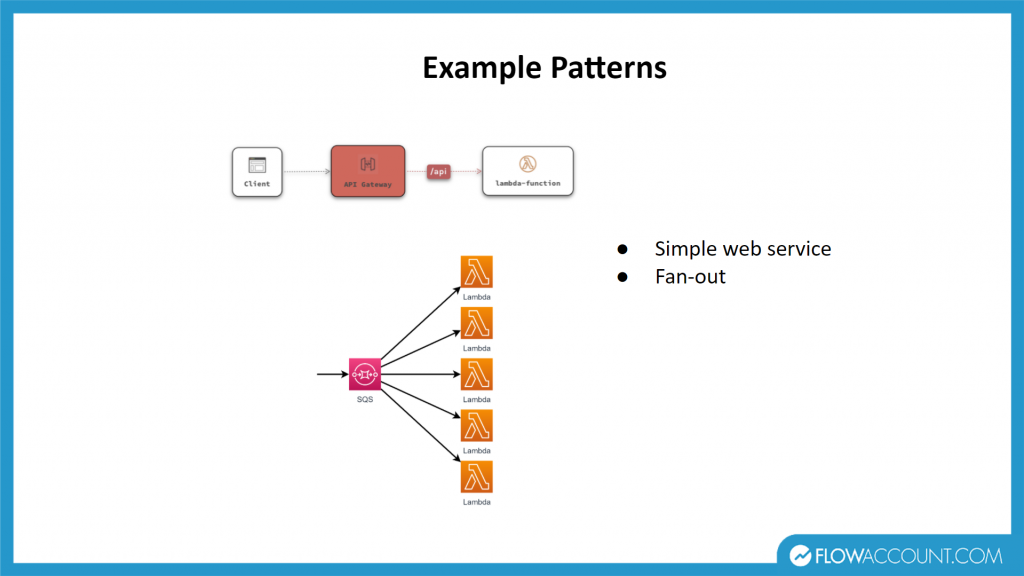 Flowaccount had written an open source called Nx-serverless to go with nx-monorepo because it is useful to deploy, run and develop serverless functions.

How does it help?

Writing code in Typescript for your serverless stack – which makes writing the code more maintainable.

Angular Schematics is a tool in the angular framework that helps you transform your code. Schematics can bootstrap your project by running all the automated code and format it right away without doing manual work including:

Angular CLI is a tool that helps you bootstrap your react, nest, next, serverless and all the plug-ins CLI. So that you can write all your configuration for all projects in one file:

Do you need help with your backend development for your project?

Get in touch with us below to see how we can help you!