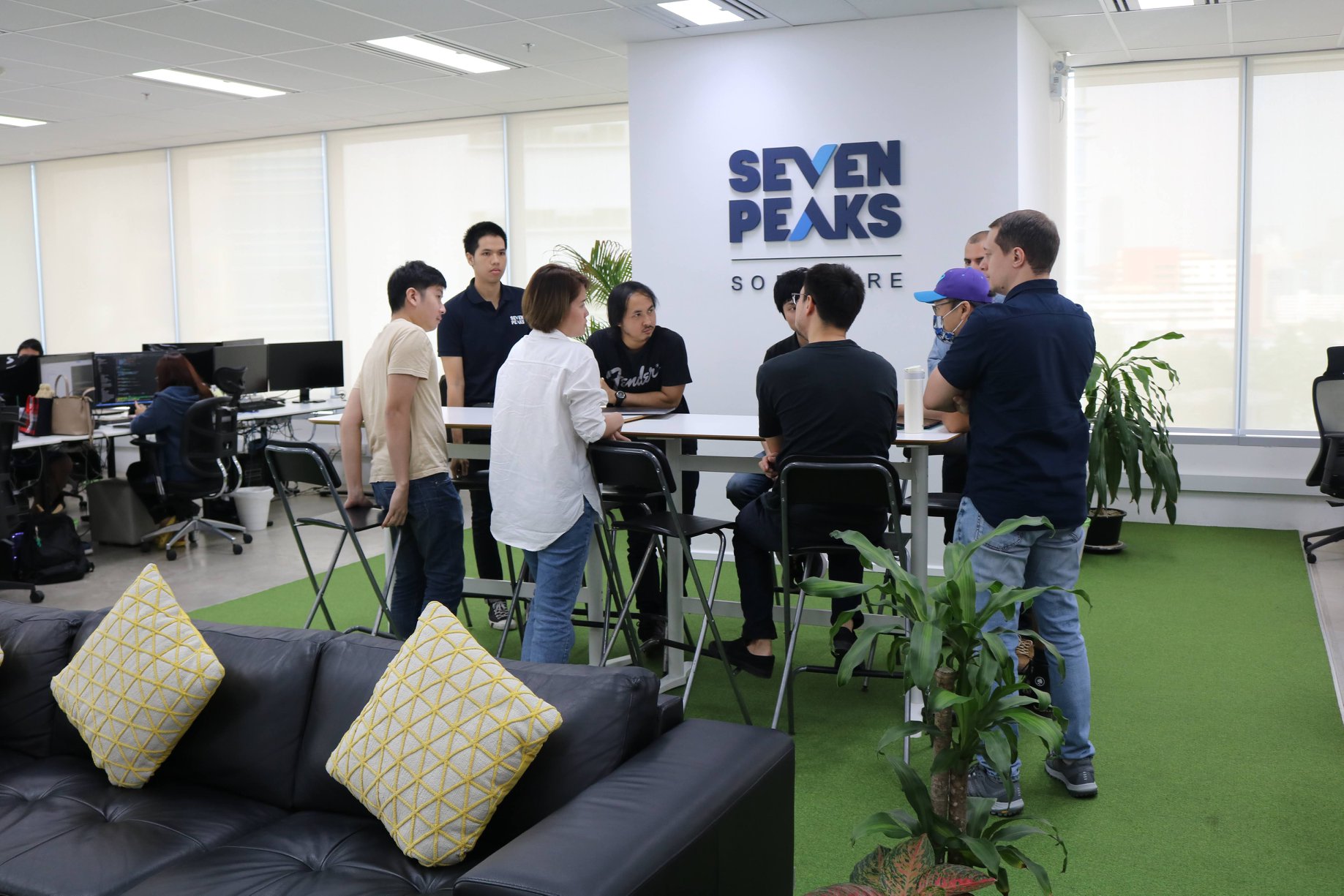 Why it’s important for software development

The Build Measure Learn Model, also known as validated learning, is the process of applying knowledge to your product by validating core business reasons to support it.

Instead of going all in with your instincts or estimates about a business idea, with the Build Measure Learn Model, you instead use a set of data metrics to validate the outcome by developing a feature, then measuring the results from that feature, and then evaluating what to do next for continuous ongoing development.

Employing validated learning to your product development process has clear advantages over traditional ways of learning including: 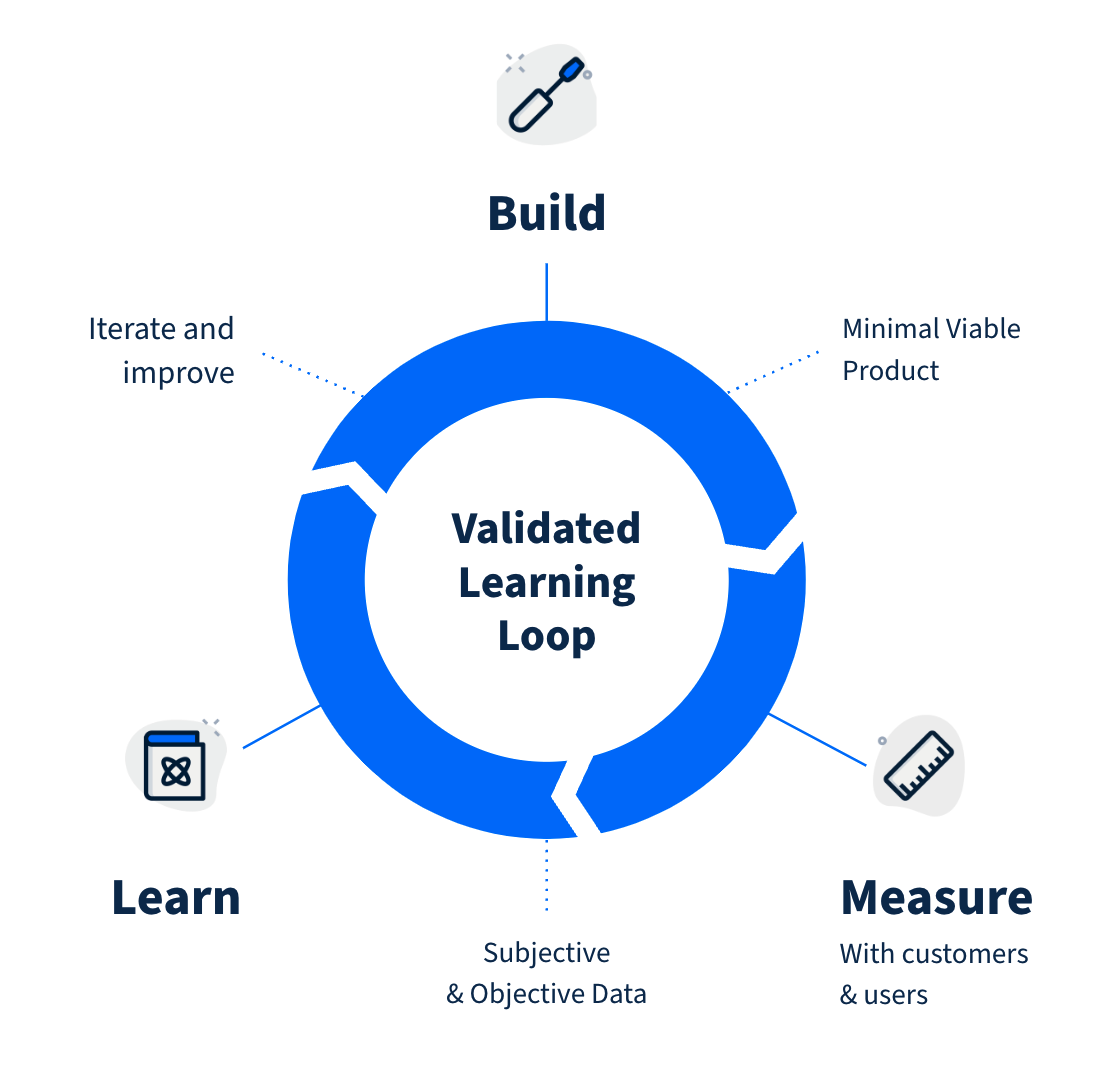 The Build Measure Learn model is used in scrum agile working processes. The term was introduced by Eric Ries back in the year 2011. Validated learning, in simple terms, is a unit of progress drawing conclusions generated by analyzing ideas and then measuring them toward potential customers to approve the result.

The Build Measure Learn model is most popular on the web as analytics can track visitor behavior and give accurate statistics & insight on how website features work in reality. This model can be used everywhere and to anything, it just needs to have an innovative approach towards how to analyze and get the most out of certain metrics.

The standard actions of validated learning are:

Get your software development done right and on time.

Breaking it down – The Build Measure Learn Model

An essential start is to define a plan to ‘build’ on, based on an idea you want to test or learn. This idea will become your hypothesis, a prediction of the product you are going to build.

Next is to build while keeping the hypothesis in mind, as these two together can help answer an important question which is: “at what point of the engineering effort is the potential gain to the business no longer worth it?”

For example, if a certain product feature for a mobile application has the potential to bring in an extra $15,000 of revenue this quarter, but you spend $40,000 in developing it, is that still a win?

The question you’ll need to ask yourself is: “at what point does the software development effort become more expensive than the possible impact to the business?”

To better defy these questions, your opportunity assessment will require good A/B testing with further development that includes:

The build process is not meant to stop you or your team from experimenting, but rather to highlight high-impact opportunities along with the supporting data.

When you have already developed the feature with the analytics and have deployed it during the build process, the next step is to move onto the measure phase by following the necessary metrics to see how your hypothesis performs.

To start, you’ll need to reach a certain sample size which may vary. Your sample size can be determined by following your metrics for at least two weeks before making a decision about your wanted outcome.

Once this is done, it’s good to ask your team these questions:

Analyzing how your hypothesis performed improves the understanding of the product and its users, which will help you make more reliable predictions in the future while informing improvements to processes and further experiments.

After you’ve analyzed the outcome of your hypothesis, make sure to share your findings with your product team! Discuss it together during a meeting and continue the progress from your findings..

Also, don’t forget to discuss your findings with stakeholders and clients to share how your new features are performing, as stakeholders are invested in the success of the product and they have their own metrics to follow too.

Once you have reached the outcome of the product you built from the findings discovered during the measure phase, it is time to decide what to do next.

Using the measured and analyzed data, you compare the outcome with the hypothesis stated in the first step. There are 2 ways to conclude:

Keep in mind that it’s important to involve the product team in the decision making step for them to have greater clarity on what’s coming down the line to highlight supporting analysis and/or call out any concerns.

By proactively keeping them in the loop, using the same Build Measure Learn model as above, will help you to assemble a shared mental model of the product cycle.

Be sure to record the outcome of your experiment in a place or platform that’s easily accessible for everyone to access.

We combine the ease of outsourcing with the flexibility of agile.

Get started below to start your free consultation

How and why is all this important in software development?

The validated learning loop that we discussed above is an important strategy to showing progress towards business goals when other common key performance indicators become less useful.

In short, it can be defined as a miniature system of progress that can be quickly verified to decide whether a chosen direction is correct or not.

By continuously validating what matters most to customers, those who adopt the Build Measure Learn model will be more likely to prove progress against more traditional key performance indicators, including revenue.

This model can indeed be applied well to various software development projects. 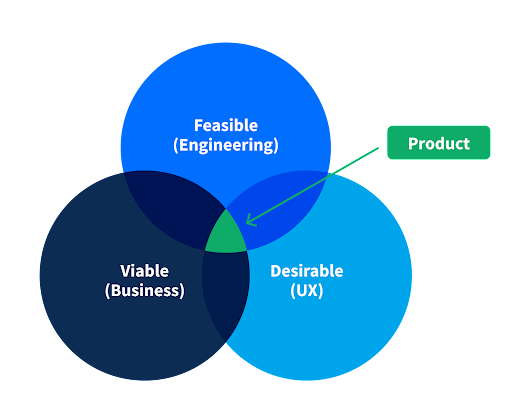 To conclude, the Build Measure Learn Model is about testing and validating your ideas for your product before investing the time, effort, and money into developing it.

By frequently testing and validating your product ideas with your users and stakeholders, you can sharpen your product with high efficiency and minimum effort to decrease the chances of investing your resources towards ineffective development.

“Test before you invest!”

Launch your apps with success!

Our agile teams will help you get there

Talk to an expert