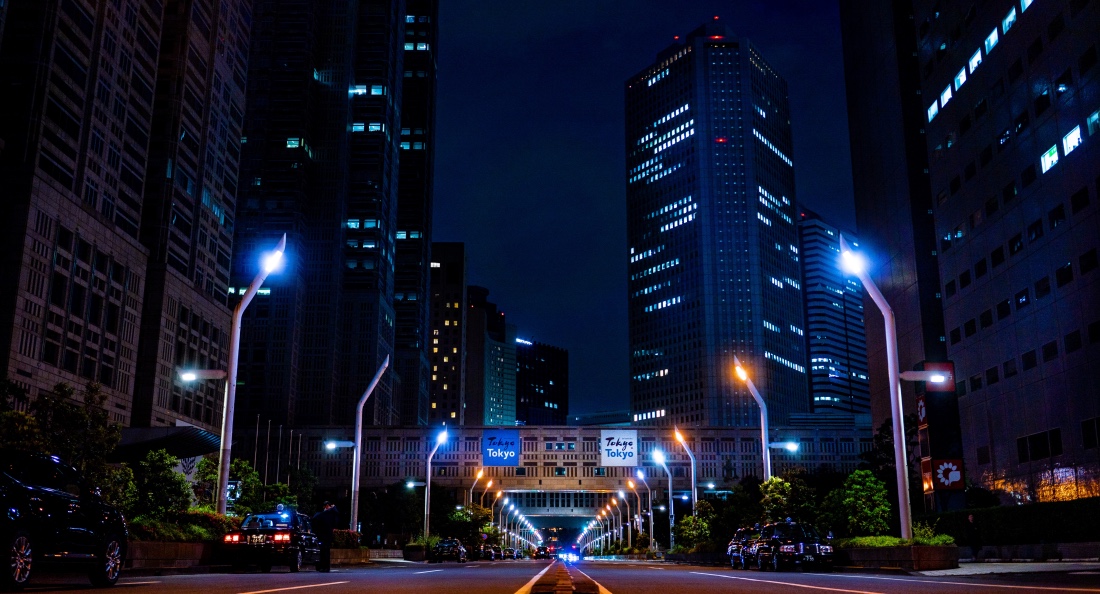 A Smart City with IoT is a city that brings many advantages including technological innovation A smart city uses information and communication technology (ICT) to improve operational efficiency, share information with the public, and provide a better quality of government service & citizen well-being – thus including the concept of “good quality of life with sustainable happiness”.

What are smart cities with IoT?

Smart cities use IoT to deliver connected solutions for the public – making IoT the most important factor in this topic.

The IoT is a network of connected devices that communicate and exchange data, such as connected sensors, lights, and meters to collect and analyze data.

These cities then use this data to improve infrastructure, public utilities, services, and more.

In addition, a security system is implemented to protect, monitor, and control the transmission of data from the smart city network to prevent unauthorized access for the IoT network of the city’s data platform.

This is done to ensure for a truly smart city functions at its full potential.

The Internet of Things is the connection of billions of physical devices around the world that are now connected to the internet that collects and shares data.

The concept of smart cities with IoT to know;

The main goal of a smart city is to optimize city functions and promote economic growth while also improving the quality of life for citizens by using Smart technologies and data analysis.

What are the key applications of smart cities with IoT?

Since the internet has the power to transform the world, IoT has now become one of the most important types of substructure in smart cities.

Through the effective use of IoT applications, smart cities can now make optimal use of public resources by raising the quality of services while lowering costs.

The key objective of IoT in smart cities is to provide easy and unique access to people’s sources with better utilization and optimization of transport surveillance, water, power, and maintenance within public areas.

The concept of smart cities is increasing transparency and action. There are few IoT applications that implement inside in smart cities as represented in the figure below;

We build technologies around our client’s needs at the fraction of the standard price.

Examples of Smart Cities with IoT

In terms of smart cities, Europe is currently leading the model. North America has lagged – even though it is the most urbanized region in the world.

A Smart City in England that you should look out for is the large town of Milton Keynes, located in the south of England. Milton Keynes has won three “Smart Cities UK” awards in the fields of Data, Communications, and Energy.

The heart of this city’s Smart City project emerged from the creation of a modern Data Hub. This data hub includes data on energy, water consumption, mass transit, society, economy, and satellite data which now has more than 700 sets of data gathered for the development of urban resources – allowing for the public to also gain access.

Data Hubs will be used in many areas such as mass transit that connects data to users – including the MotionMap application that describes the real-time movement of people and vehicles across the city including timetable information, parking lots, road routes, and traffic congestion estimates on the city’s routes to help city residents avoid bad routes to support in decision-making.

Singapore, despite being a country that has been around for more than 50 years, does not have a plan to turn just the city into a Smart City. However, the nation did come up with a “Smart Nation plan” as a country of innovation.

The Singaporean government aims to use information technology to create more jobs and generate more income. There is also a goal for the country to become a cash-free society via using the e-Payment system to cover all business transactions.

Singapore focuses on including technology in every aspect – whether collecting Open Government Data for the public and private sector or accessing government information to take advantage. However, to modernize their city with IT, Singapore needs to pay attention to Cybersecurity in data security by protecting the privacy of public information.

Singapore’s Smart Nation program also focuses on the public healthcare system. Through taking care of people’s health and transportation, Singapore sees that, in the next 15 years, the country will enter an aging society.

That will require health services to have effective transportation along with supporting technology. This will allow for the elderly to live comfortably. In terms of transportation, Singapore has developed a self-driving car and TeleHealth – which is also being used to provide patients with access to health care systems, even at home!

The Singapore government has also developed many applications that aim to be beneficial to the development of the quality of life of Singaporeans in all aspects – whether health with HealthHub app to record health data, MyResponder app that when a patient with a heart shock will provide initial assistance and promptly call an ambulance Travel with the MyTransport.SG app timetable route or safety with apps to help report incidents Or accidents and many other apps that the government comes out for the people to use as well.

A livable country like the Netherland does not miss out on urban modernization projects as well. A prime example is Amsterdam, which has been innovating Smart City since 2009 and has over 170 projects developed jointly between the public and private sectors. The goal is to solve the problem of traffic jams. energy saving and develop public safety conditions

Amsterdam also aims to create a revolving city. with the Circular Amsterdam project, which aims to circulate the city’s economy. It also includes reducing waste and pollution. by recycling resources, Whether it is a project to turn rainwater into beer or material design original product in new ways to be more efficient

The iconic project for the city is called ‘City-zen’, which wants the city to switch to clean energy entirely. Both from solar energy, wind, biomass, and geothermal heat. It also wants to combine these energy uses with city systems, buildings, and the lives of citizens. such as solar energy storage plans It can also sell the excess energy that is not used.

There are also many projects in areas such as infrastructure and technology, education, mobility and transport, and the lives of citizens, among others. As a smart city, We can track the details of various projects. including operators, goals, follow-up, and participation through the city’s website as well.

The IoT Smart City Trends That Will Transform the Future

Sensors track conditions in recreational areas and lush areas that may catch fire. Similarly, sensors can detect fires in buildings, and the sensor sends an alarm to local emergency services.

An IoT system’s remote control and diagnostic capabilities help firefighters know where to place staff and vehicles ahead of time.

When a smoke alarm goes off, a seat locator sends signals, or a water stream switch is activated, an IoT system sends alerts to fire crews.

Sensors track the structural integrity of bridges and alert city engineers to any problems.

Drones are used to inspect hard-to­-reach areas in bridges that have issues, and the engineer receives the position quickly to address the problem using the smart bridge system app.

The device complies with non-destructive testing criteria and works by attaching sensors to a structure, similar to a bridge, to provide continuous monitoring of the structure’s health.

The sensors are not meant to replace conventional inspections; instead, they serve as an early warning device that allows local authorities and asset owners to plan for on-site inspections and maintenance.

This trend comprises the best way to clean the neighborhood employing IoT smart technology. IoT sensors detect the amount of garbage in the area, allowing sanitation workers to clean debris along their routes.

IoT fills level sensors, robotizes, and improves waste management frameworks so that organizations can save money and go green. In short, IoT sensors are a much better choice for cities that want to ensure long-term, connected growth.

The potential of smart cities is nearly limitless, and the growth of these cities should only accelerate in the coming years. But this is not the only area that the IoT will profoundly change soon.

Do you need cloud solutions for your project?

Talk to one of our in-house experts to see how we can help you.