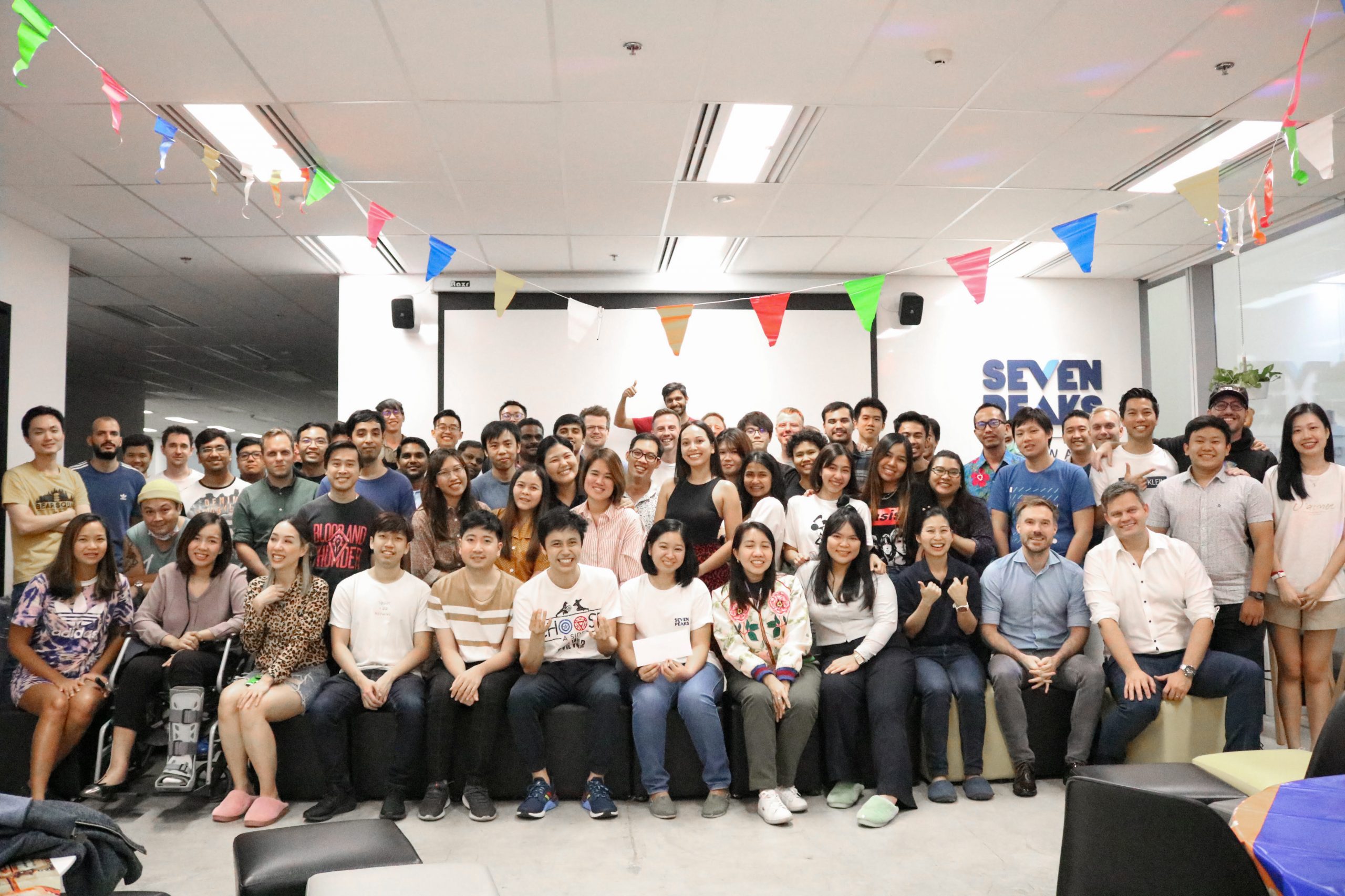 From Bergen to Bangkok – with Connect Norway and NorCham

Home » From Bergen to Bangkok – with Connect Norway and NorCham

From Bergen to Bangkok – with Connect Norway and NorCham 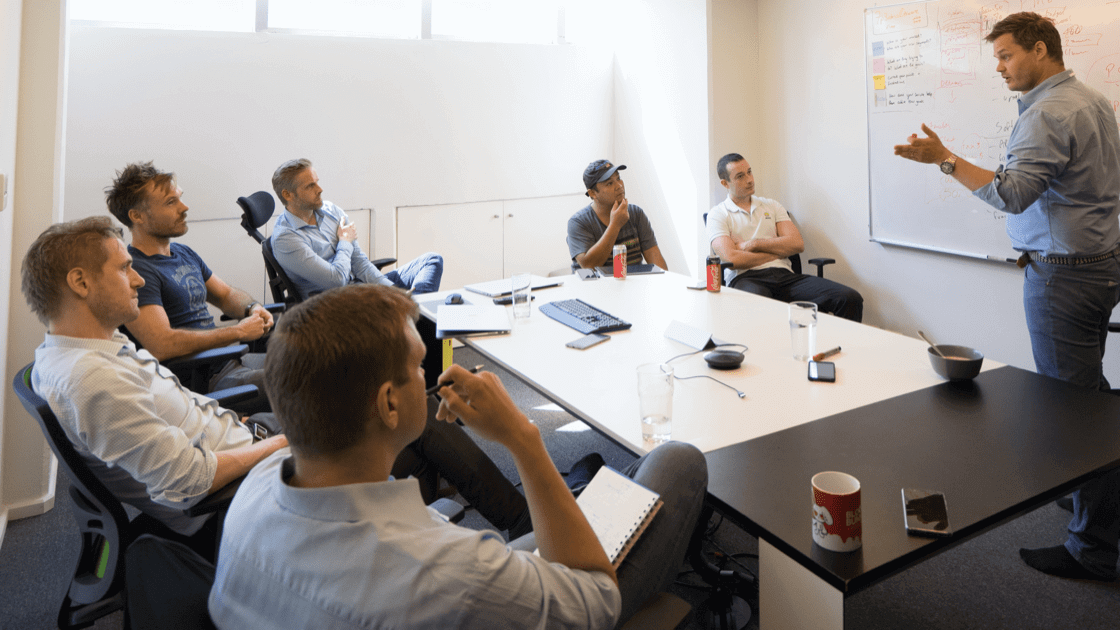 Seven Peaks Software, founded in Thailand in 2014, has transformed from a startup company into one of the leaders in the software & design industry.

The journey of Seven Peaks Software has impressed and inspired their team and others around them, it was certainly an unexpected journey.

Our dedicated development team is a business and working model where we provide you with a multidisciplinary team of professionals based on your business requirements and goals.

“When Seven Peaks Software began in 2014, I viewed it as something that would pay the bills. There was no focus on where we were going. Honestly, I didn’t even think we had a strong value proposition locally, However, I was wrong. Demand in Thailand has been strong, and this has been built up very quickly.”- Jostein Aksnes

Originally, Seven Peaks Software started with mostly Norwegian enterprises, as Mr. Jostein Aksnes, Mr. Roy Moe, and Mr. Leiv Fasmer (Apphuset), are all from Norway. With Apphuset being the starting company originating in Norway coming from Thai Clients, as a non-Thai owned company in 2020 a very impressive statistic.

This shows the trust and reliance in Seven Peaks Software by Thai companies since they normally prefer to choose a company from Thailand to do business with.

“We recently landed a new project in Kuala Lumpur. We are also working projects for companies in Singapore and Hong Kong. Business in Southeast Asia has increased primarily through referrals with the company now exploring the best ways to expand”- Jostein Aksnes

At the moment, it looks like nothing can stop Seven Peaks Software, not even a world wide crisis like COVID-19! While many other companies are struggling in this uncommon situation, there is continuous growth allowing for maintained long term projects to come.

At the moment, Seven Peaks Software is actively looking for new employees in many different fields, as the number of clients are growing and more people are needed in the team to be able to meet this great demand.

“We had long-term, ongoing projects which helped us to ride the situation out. Things have really started picking up in August and we were fully booked. Confidence is growing and spending is increasing in Thailand, the biggest impact COVID-19 had on us was in regard to staffing. We had been hiring five new people monthly between January and March. Once lockdown hit, most hiring was frozen until recently”– Jostein Aksnes

The lockdown in Thailand allowed all team members at Seven Peaks Software to work from home as well to help encourage social distancing rules in Thailand to support in ending the pandemic sooner.

During that period of time, a transformation occurred within the company that will be believed to only positively impact the business and keep on growing in the future. Since returning to the office, during post lockdown of COVID-19, the company continued to host events – known as Seven Peaks Speaks – as well as enjoying fun activities with their own employees.

What you usually see is that most companies that have just started, do not tend to spend too much time, money, or effort on things like office space and branding – as they first want to focus on setting up their business. There is not much money available for these kinds of things, plus, most things now have to be as cost-effective as possible.

This also applied to Seven Peaks Software during the start of their journey in Thailand. They started off in a small office in Central Bangkok in downtown Sukhumvit, near BTS Nana station, with only a few employees and a much smaller budget.

But, what was very important to Seven Peaks Software that was worth spending some more money on, was the experience and high quality delivering of their senior employees. Instead of going for the lower-cost option of less experienced people Seven Peaks Software focused on reliability and high quality to make sure that their clients will return and give good reviews & feedback about their services.

“When Seven Peaks Software first started, I did just about everything. Sales, marketing, you name it. As we grew, things scaled up organically. When we started gaining more traction in the Thai market around 2018, my business partner and Seven Peaks Software CTO, Mr Roy Ivar Moe, moved to Bangkok. He was able to help us continue building the development team here and took on more responsibilities for delivering the local enterprise projects.” Mr Aksnes explains.

A logical result of this is the search for a new, bigger and better office space that is capable of accomodating a lot more employees. The key points that were taken in account when looking for the building, which would accommodate the office, were the location and the building itself.

After all the requirements were met with The PARQ building, the choice was easy and Seven Peaks Software moved into this brand new building with a very cool and modern working space.

The big open office allows the people to walk around and ask questions, have discussions and conversations easier. The unique 360-degree view of Bangkok from the office is very beautiful and relaxing, no wonder that they have chosen the 7th floor (in accordance to their branding of “Seven Peaks Software”) for their office with it’s amazing view over the business center of Bangkok and some beautiful nature parks.

This huge transition to the new office is logically going to be a huge investment, but it will be one of the key points for more possibilities to grow Seven Peaks Software even bigger than it already is at the moment.

“The office helps us stand out. We wanted a place that would impress clients and match our branding. We wanted an office where people would be happy to come to work every day. You look around and see smiling, happy people, The move ended up being a part of redefining who we are, both internally and externally” – Jostein Aksnes

What better way to change the visible identity of the company than right now after moving into a new office.

The company felt like this was the perfect situation to step it up a level by growing into a more professional environment. A new logo was created to reflect more on the Norwegian-Thai connection that the company strongly feels.

The color scheme was changed as well as the number “7” that was changed to the written “Seven”. Since the number 7 is not the same word in every language it can lead to confusion. Therefore as an international company, it is better to have a name that is recognizable and the same for everyone.

After all, Seven Peaks Software figured out which way to go in the future.

“We wanted something that was both professional and timeless. When people see our logo, visit our office or hear the name Seven Peaks Software, we want them to think about a trusted technology partner that delivers what they say.” – Jostein Aksnes

The identity of the company has changed with the new office and the improved branding. The people got used to the new logo very quickly since we have raised a lot of awareness for the change on our social media platforms, ensuring we have a smooth transition. The company is still receiving many new requests from clients to start a new project.

The high demand means that continuous growth is key to meet these high amounts of projects. Seven Peaks Software will continue to go into the right direction to keep concentrating on high quality and being able to attract new employees that are professionals and the best in what they do.

“At the moment, we’re exploring ways to expand our current businesses which focus on remote development and turnkey projects. We are also looking at new opportunities such as setting up staff augmentation and expanding our marketing services. A lot of what we provide to clients is connected so it is important to improve our synergy.”  Mr. Aksnes states.

Next to this growth, it is of great importance to keep on developing as technology & software are ever-growing industries. With the knowledge and skills that were built during its short history, Seven Peaks Software will strive to become bigger and better, so even more big changes will arise.

“The growth of Seven Peaks Software has been very organic and better than we ever could have imagined. Part of that is because we took our time to build a good foundation. Our next step strategically is to have more people available so we can capitalize on all opportunities.

In the past, our hiring has been based on demand and the need to increase capacity. Of course, this can be limiting. Now our goal is to build up both the capacity and staffing sides to continue our growth,” Mr. Aksnes concludes.

Interested in the software development & design services that Seven Peaks Software can offer?

Speak to our experts to get your technical consultation below.

Talk to an expert

Our Top 5 Software Development Trends for 2021 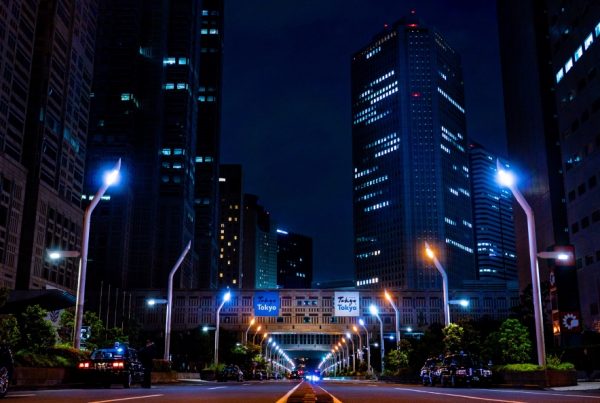 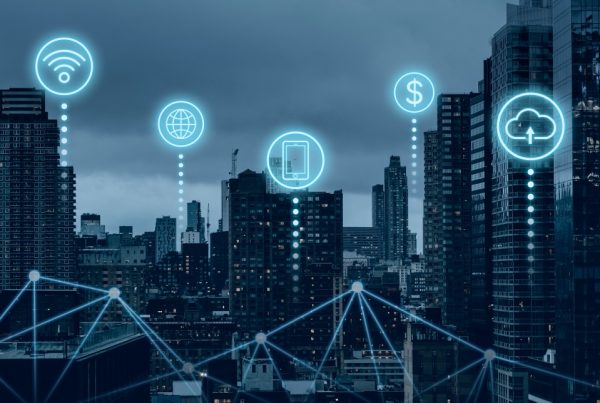