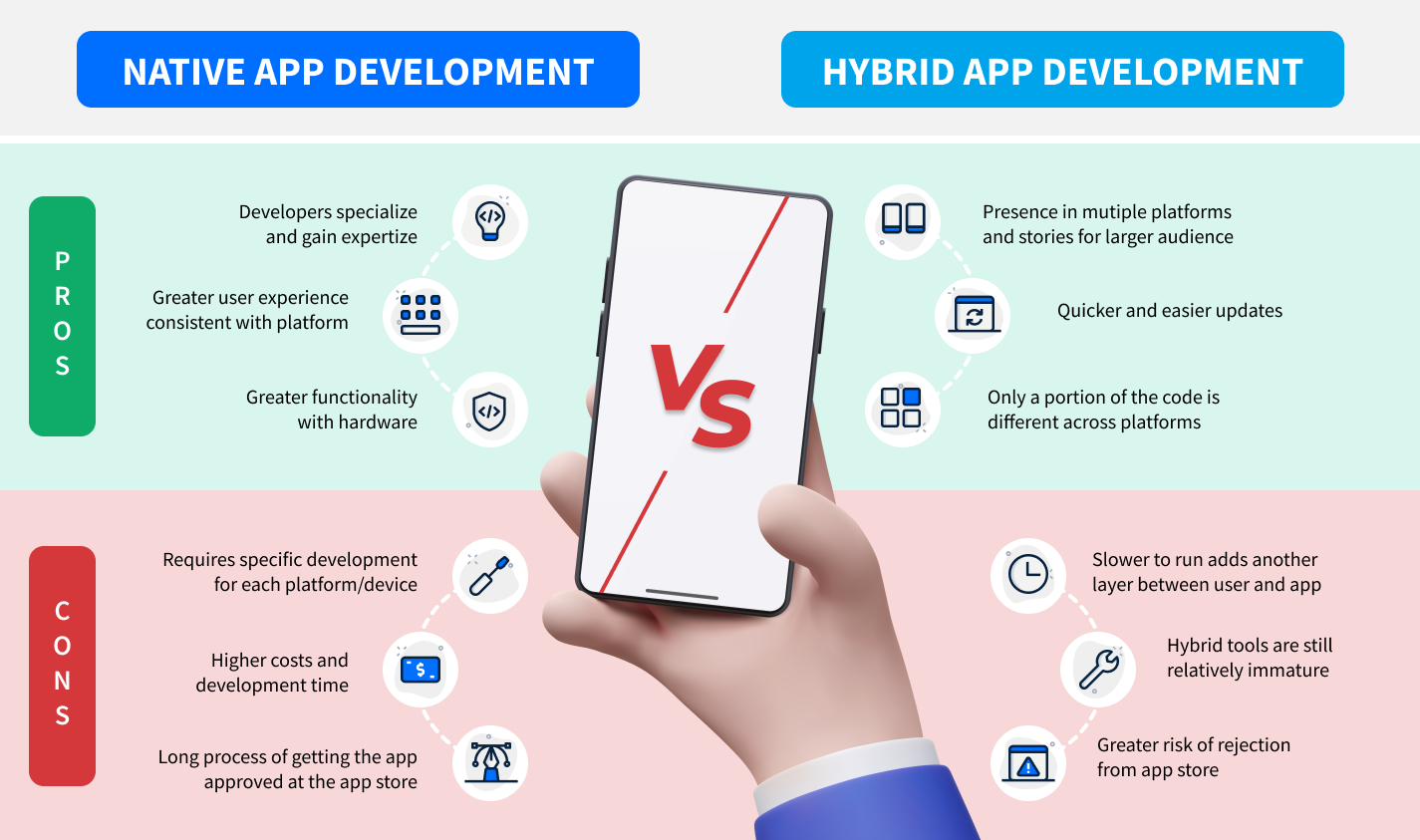 Native Vs Hybrid App Development – Which Should You Go For?

Choosing Between Native App Vs Hybrid App Development – Which One To Go For In 2022? 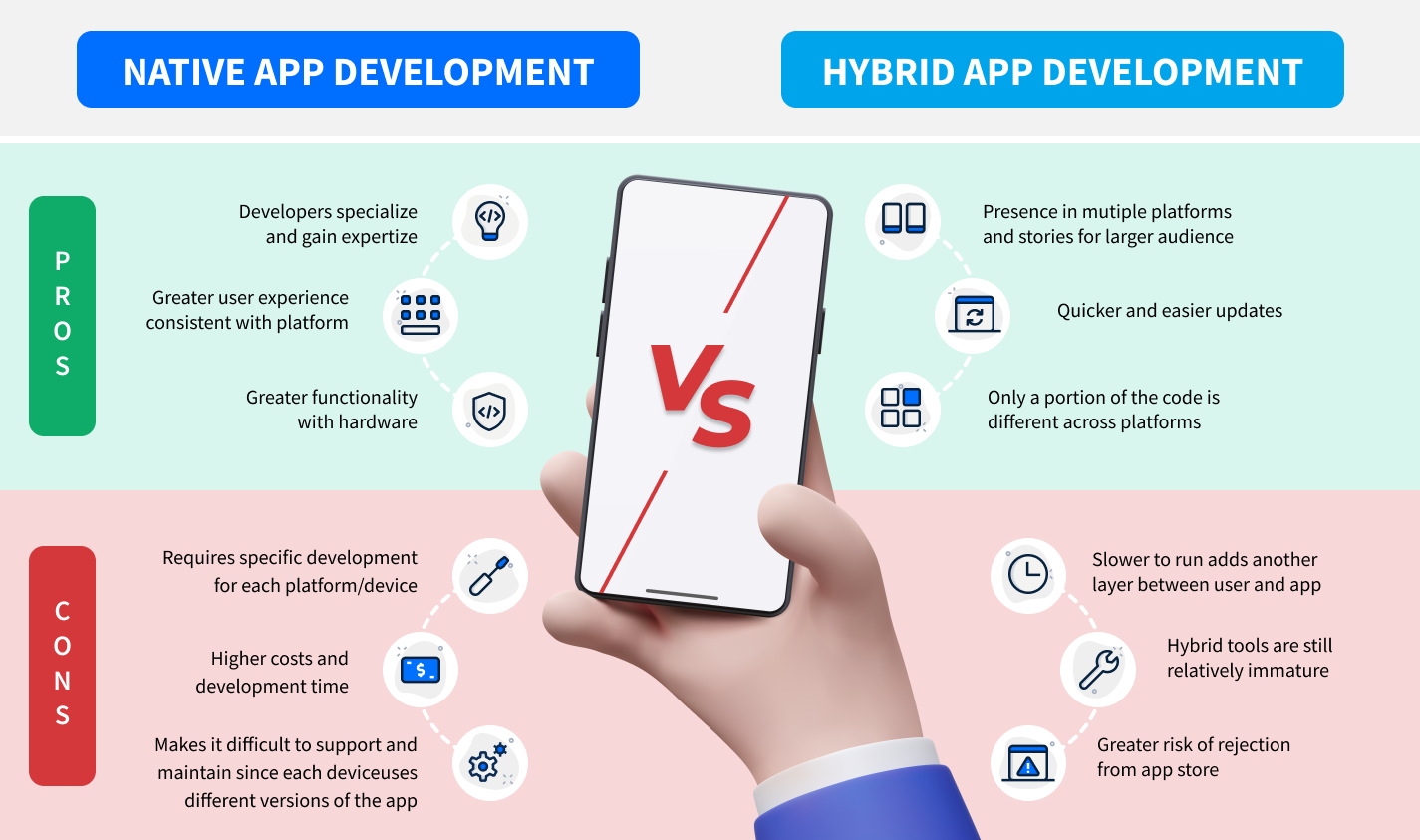 Understand the differences between native app vs hybrid app development to ensure the best approach for your project.

If you are considering starting a new project for your business, it’s important to understand the following points and have a better understanding of native and hybrid apps before diving headfirst into a software development project.

According to a survey conducted, while 79 percent of consumers would only retry a mobile app once or twice if it did not work the first time, only 16 percent would give it more than two tries. Users are unlikely to use a mobile app again if they have had a bad experience with it.

In some cases, you only get one shot to get it right; and will very rarely receive a second try.

At the end of the day, your decision to develop a native or hybrid app comes down to your budget, timeline, and desired features. It is critical to choose the right application for your specific project to match your business goals.

In this article, you will learn the core differences between native and hybrid apps to help you determine which is the better choice for you in 2022.

Native applications utilize a platform-specific technology that is only available on the Android, iOS, or Windows platforms. These platforms run their own operating systems that are written in different coding languages:

This means that they are unable to operate on other platforms since they were built specifically for their native platforms.

The core benefit of developing a native app is that the applications are created for single platforms, such as iOS, Android, or Windows, meaning that they can utilize all of the unique features of a specific platform/device. This greatly allows for apps to run a lot smoother, causing fewer mistakes, which can lead to a better user experience in most cases.

Native apps have been known to provide superior user experience, as they tend to include more sophisticated and complex features that, in most cases, have proven to be more reliable and faster. Some examples of native applications are the apps for Twitter and Gmail.

When it comes to hybrid apps, they are simply websites wrapped in native code. They have the look and feel of a native app, but are ultimately powered by a company’s website. A hybrid app is a web app built with HTML5 and JavaScript, wrapped in a native container that loads most of the page’s content as the user navigates; while native apps must instead download most of the content when the user first installs the app.

However, when developed properly, hybrid apps can appear and perform identically to native apps. As a matter of fact, some of the most popular mobile applications, such as Facebook and Instagram, are indeed hybrid applications. Bear in mind, however, that both are written in their own programming languages and not with standard HTML5 and JavaScript.

“The biggest mistake we’ve made as a company is betting on HTML5 over native.”
– Mark Zuckerberg at the TechCrunch Disrupt conference in San Francisco

Unsure how or where to start?

Get your free consultation with one of our experts.

Make your choice based on your needs

Choosing between a native app vs hybrid development technique can be challenging.

Many factors must be taken into account throughout this important decision-making process, including user research, analytics, skill requirements, long-term planning, cost of construction, development time, and hardware/Bluetooth integrations. Learn more about our product design discovery here.

Considering each of these criteria can help you choose which sort of application development technique is ideal for your business. Take a look at how to decide between native and hybrid, mobile app development, and when to choose.

The choice between Native and Hybrid app development should be driven by your business objectives. Before you dive into the development, we advise you to consider the following points first:

Choose a Native App if:

Or choose a Hybrid App if: 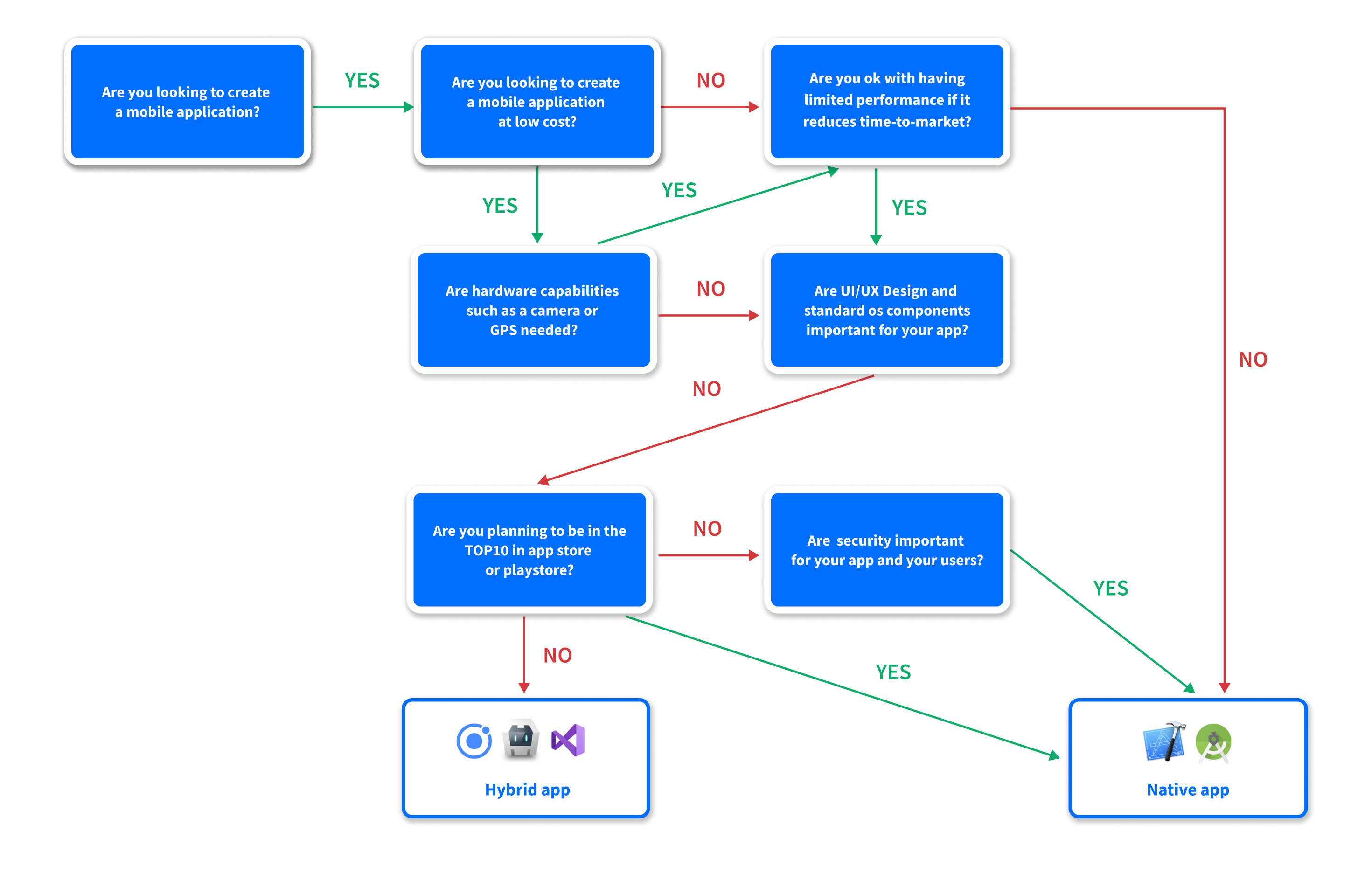 Both hybrid and native app development approaches have their own benefits and drawbacks.

However, the biggest disadvantage of hybrid apps is that they require added time for fixes & optimization when users complain about UI elements or performance issues.

The native application also has the advantage of being specific to the OS they are built on (e.g., camera, GPS, address book, etc.). The use of this approach can also provide the best security, performance, and access to all native APIs.

Even though the initial investment may be slightly higher, it saves the company time and money while providing a great user experience and industry-standard app performance.

So, which to choose between a native app vs hybrid app? While each method has its advantages and disadvantages, a native approach will ultimately have a positive impact on the company’s bottom line.

Start building your mobile application with us. 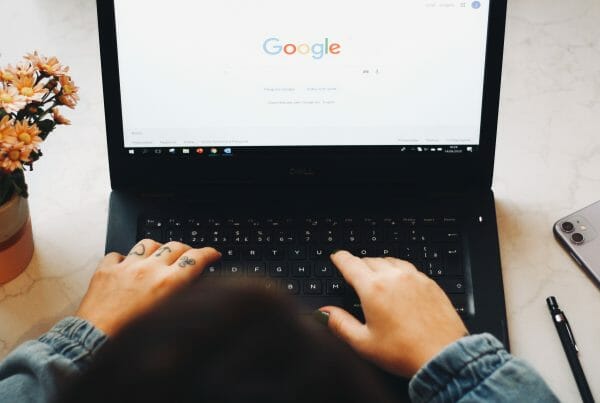 How to rank higher in Google search in 2022? 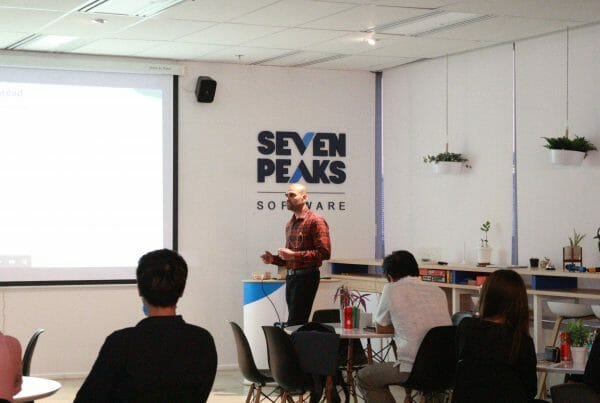 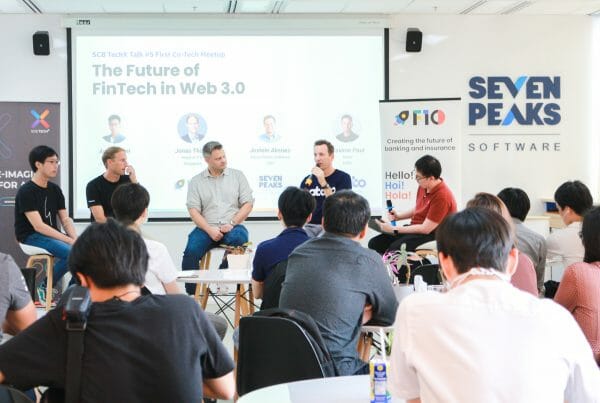 The Future of Fintech in Web 3.0 – SCB TechX Talk