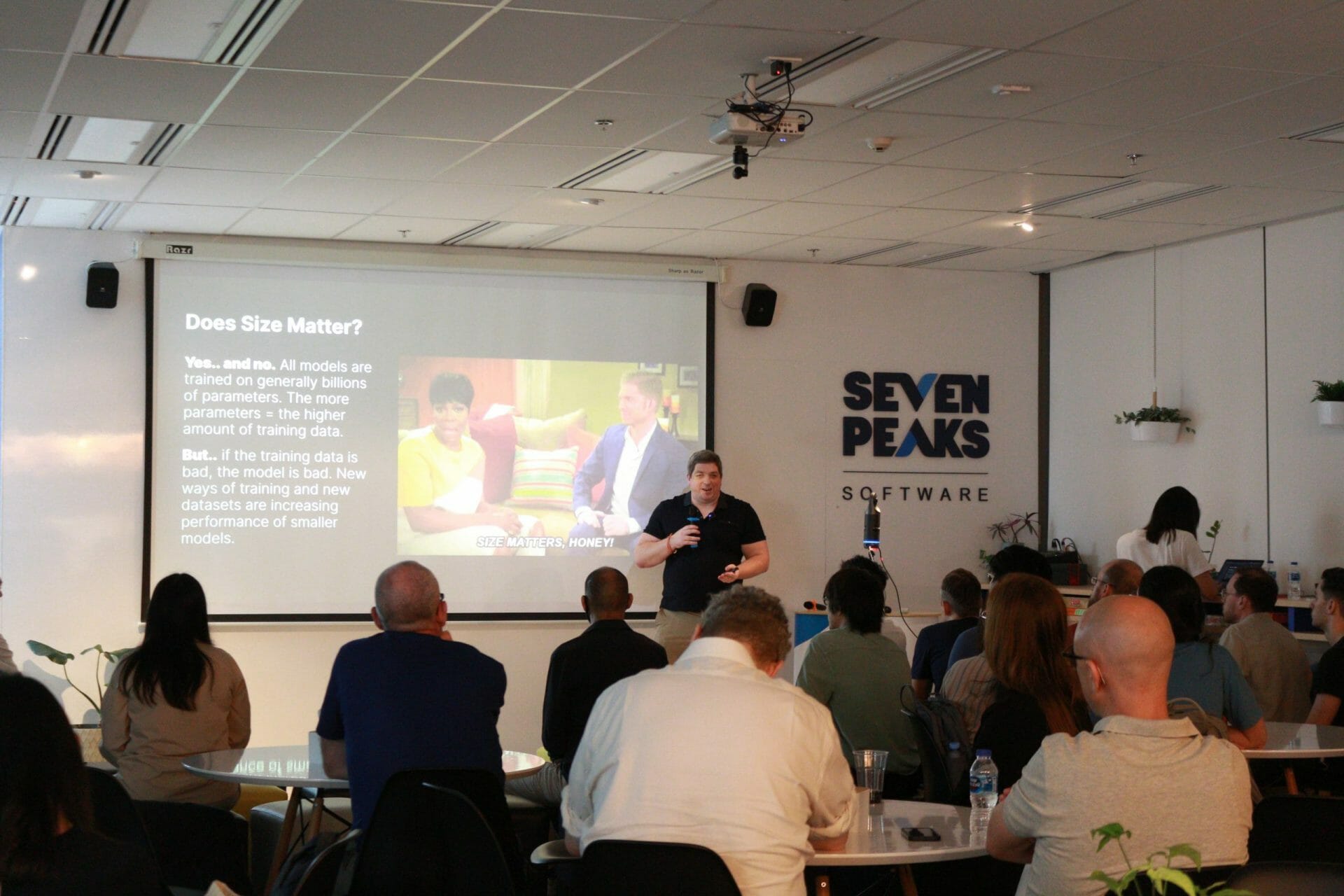 Keeping Up With Future AI Trends

Do you ever wish that tedious business tasks can be made easier with upcoming future AI trends?

In this article, Stuart Lansdale – the founder of Content Villain & co-founder of Riku.AI – will help you overcome those boring stuff by AI technology, especially the text-based ones, as well as suggesting future AI trends you should look out for.

To begin, you must understand the fundamentals of this technology and observe its evolution following the release of GPT3. So that you can use AI in your business tasks and be more productive, because you have plenty of time to focus on other things that will help your business thrive.

Where is artificial intelligence used today?

People have known about AI technology for decades. They see it in sci-fi movies. They use it both intentionally and unintentionally. Some groups of people even attempt to profit from this technology.

Because this technology has developed over the course of time, there are now many components and models that have emerged to make AI even smarter and capable of performing tedious or dangerous tasks on behalf of humans. The GPT-3, which was developed by OpenAI and released around the middle of the year 2020, is one of these. 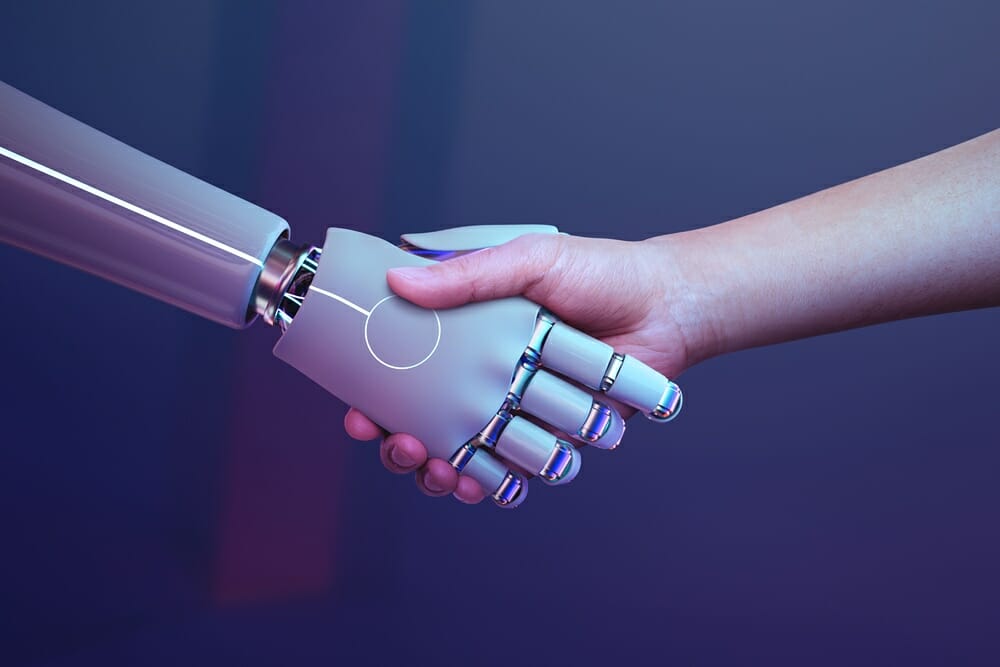 It is an autoregressive language model in the GPT-n series that produces human-like text using deep learning. Everyone loves it because it enables the creation of poems, newsletters, blogs, and other forms of content.

But still, people were very handicapped by the Open AI terms. There was a long wait list with a ton of conditions to get access and produce their products, also they have to go through a lot of approval process before the product can go live.

Fast forward to 2021, there has been a gold rush of new AI models. Companies like AI21, Cohere, Lighton, Aleph Alpha and Eleuther AI have all created top tier large language models for text generation. So If something wasn’t possible before, there will be a model which will be possible to do that thing now. For example, with OpenAI, you will not be allowed to create a long text at once, whereas some of the other models do.

Does the size of the language model matter?

Another thing to think about with AI technology is the size of the models. Large language models are usually tens of gigabytes in size and are trained on petabytes or more of text data. Does it really matter if one model is better than another because it’s a larger size?

It is sometimes true, but not always. You must closely examine the data set that is fed into the model, since if you feed it bad data, you will get bad data back.

Some of the newer models, on the other hand, are getting better at performing with smaller, higher-quality data sets. This excites everyone because the smaller models are less expensive to operate. They are faster to execute and simply more convenient for the end user to use.

How does AI technology work for text-based tasks?

Now you know about the use of AI technology in business and how text-based AI becomes. Next let’s see how it works.

After you give it some information, the AI will look for patterns in the text and try to analyze it. Once it has found a pattern from that information it will be able to predict the next token in the sequence.

As it always converts tasks into prompt-based dataset and turns the output into tokens. It’s going through all the possible tokens, putting them in order, and giving you the best output token. It will do this every time it makes text, until you get the result you want.

So, the longer your text is, the crazier the output can be because it’s making tokens on top of tokens that have already been made. This is why some people say you shouldn’t use these models to make longer pieces of text because you’ll get outputs that might be off topic.

Another thing is that you can control the settings of these models by various toggles. There’s a thing called temperature, which is all about creativity. So the higher the temperature, the more creative the model.

If you want a more deterministic model, like if you’re trying to make code, you’d want that down to zero, because you don’t want it to be creative at all. You want it to make the code that you can actually use.

There’s other stuff like TopP, Frequency & Presence Penalties and Output Length, which manipulate the outputs to what they desire.

How to implement AI technology in your business

AI is used in many ways to help people solve business problems. People often use AI in business, especially to come up with ideas or start writing content. This is one of the most popular ways to use AI. Besides that, this technology can do a lot of other things: 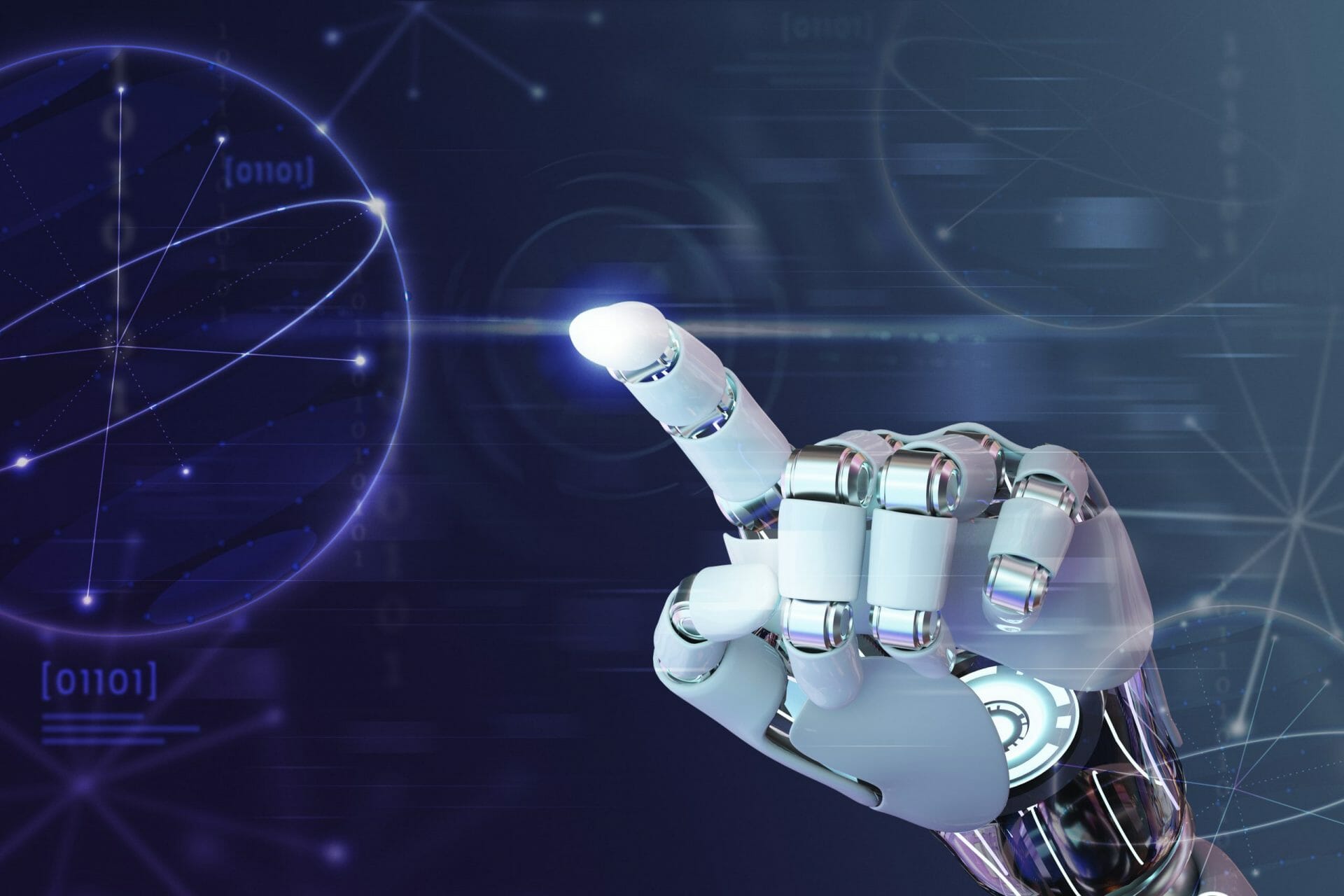 How to use AI for SEO

For those who are interested in using AI for their content marketing, there are a number of benefits that can be reaped:

Word Bias (Logit Bias) allows you to give a specific word / token a ranking from -100 to 100. A negative number will remove the likelihood of it appearing in an output. Putting it above zero makes it more likely to show up. A positive number increases the likelihood. These options are priceless if you’re trying to create content with a specific set of keywords or a specific keyword density.

This is just about how AI is beneficial in generating SEO keywords, but if you would like to optimize the SEO work, you can learn more about ‘How to boost local SEO with the right ranking signals’ in our another article.

The possible shortfalls of AI 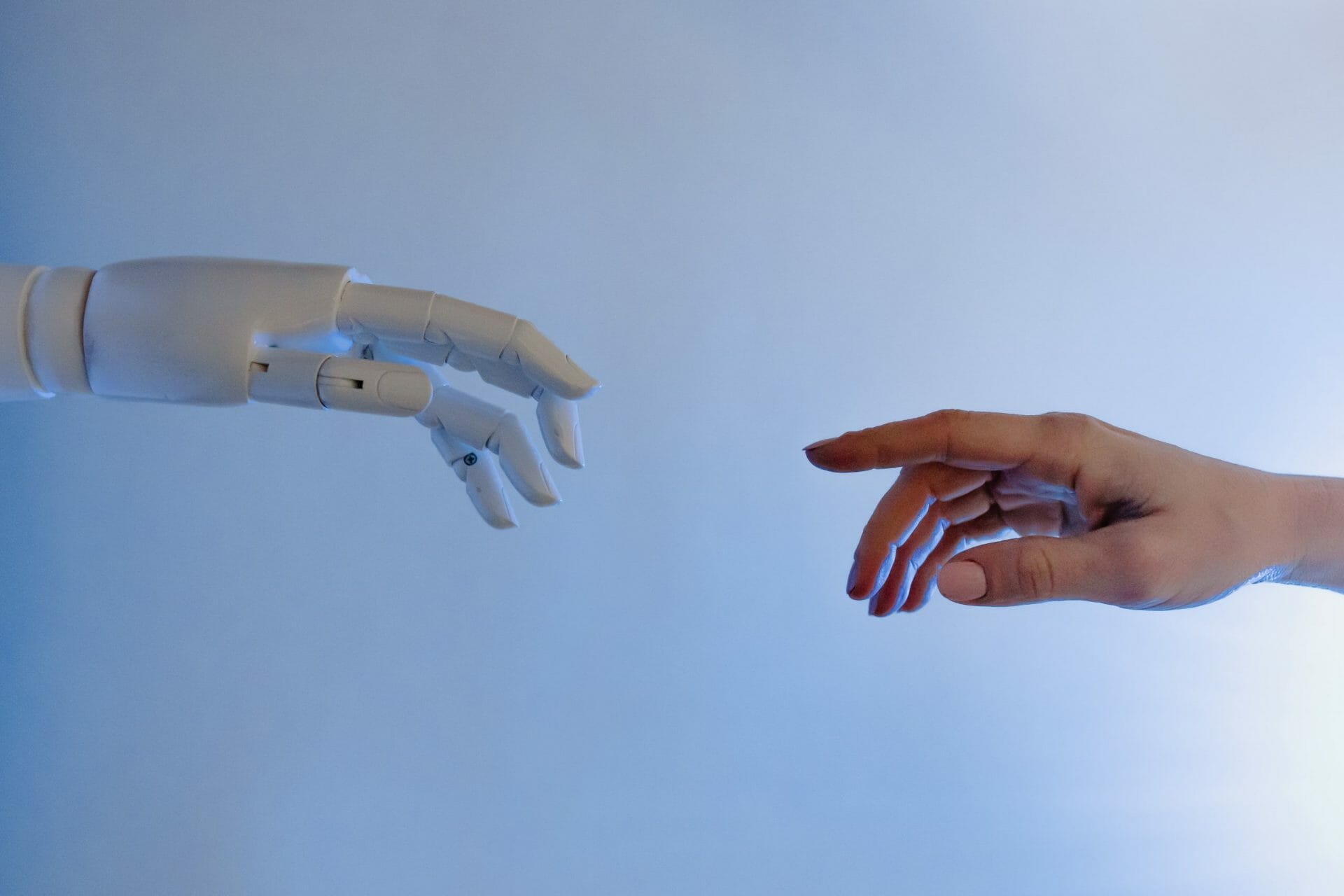 One of the predictions from Stuart Lansdale, our AI expert, is that things are gonna get faster. The models are gonna get faster because some of the larger models take a little bit of time to generate at the moment. Maybe only sort of five to six seconds, but that’s too long. It should be only in one second. So getting these things a lot faster is definitely on the way they’re gonna get a lot cheaper.

Coming up to the price of using this technology, it is already sort of pennies to the dollar. You can generate the best models at about $20 for a million characters of text generated. So if you compare that to hiring a copywriter or, you know, creating your own content, it’s still ridiculously cheap.

Plus, it will give you something that isn’t consistent because the ability to search and provide information in real time via databases and APIs is being developed. The good news is that a new AI21 model, Jurassic X, is currently in beta and is capable of doing this. As a result, AI will be able to search in real time and solve the problem of factual information and training data being out of date.

It could go to Wikipedia, find the answer. It could go to Google and find the answer. Alternatively, you could use a spreadsheet that automatically updates for each and every round. In addition, the data set is constantly expanding and improving. What a groundbreaking development, and it will be a lot of fun to experiment with in the future. 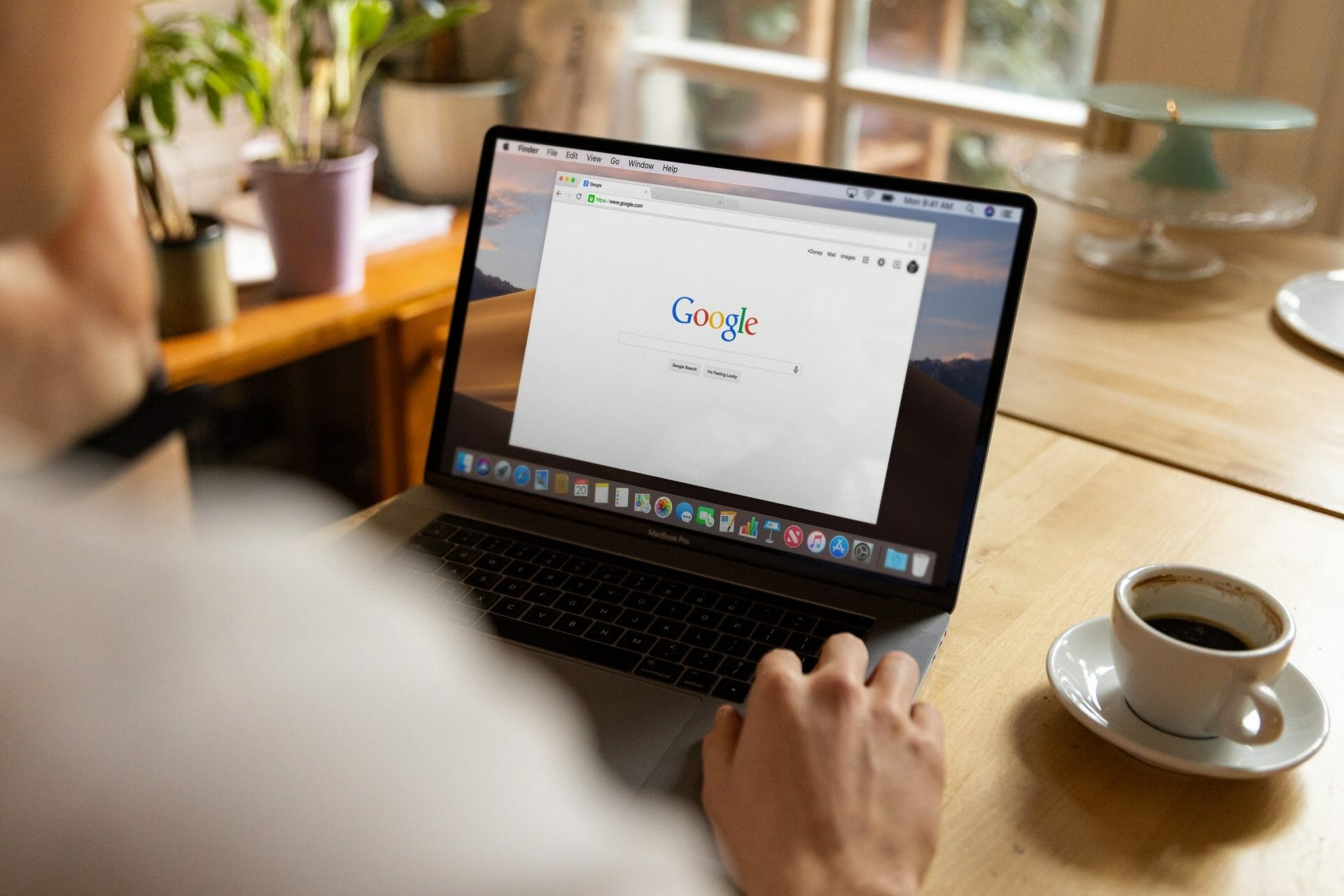 Besides, within a couple of years, the majority of the code and content powering the Internet will be AI generated. You’ll find that companies like Google are very much looking into this space and they keep making sounds about whether this type of content is good for SEO or not, but ultimately the models are moving at such a fast pace of development that they don’t have the tools to really detect it accurately.

One of the older models has been detected, but none of the newer ones have been. Google and The Matter are also releasing their own artificial intelligence models and pushing the field forward. As a result, more people will start using it. There will be an increase in usage and an increase in efficiency in the workplace as a result. More and more people will learn how to use this technology and integrate it into the parts of their business that aren’t running as smoothly as they’d like.

AI based image processing – the next level

Image-based AI will then be available to the general public. As a result of this advancement in artificial intelligence (AI), it is now possible to create stunning images for anything from photos to blog posts to NFTs, and this is a game-changing development.

A combination of text-based and image-based AI will be extremely powerful when people are designing products and creating new things for the world to see.

It’s going to have a major impact on the art world. It’s going to revolutionize the industry. People will be able to see what is possible before even picking up and creating a prototype themselves, which will change a lot of innovation.

The future AI trends and GPT 3 – in short

Go back to the beginning question, where is artificial intelligence used today?

Artificial Intelligence (AI), in computer science, refers to the development of machines capable of doing activities that normally require human intelligence. After the launch of GPT 3 by OpenAI, the abilities of creating content by AI are unlocked. The existence of text-based AI benefits the business world in various aspects, especially in dealing with some boring tasks like text works.

In the coming years, AI will not only be used for text-based tasks but will also be expanded to include image recognition. It’s possible that series 4, 5, 6, and so on will follow the expansion of GPT-3, ushering in a golden age for AI technology. Consequently, you’ll have a leg up on the competition if you get started right away !!!