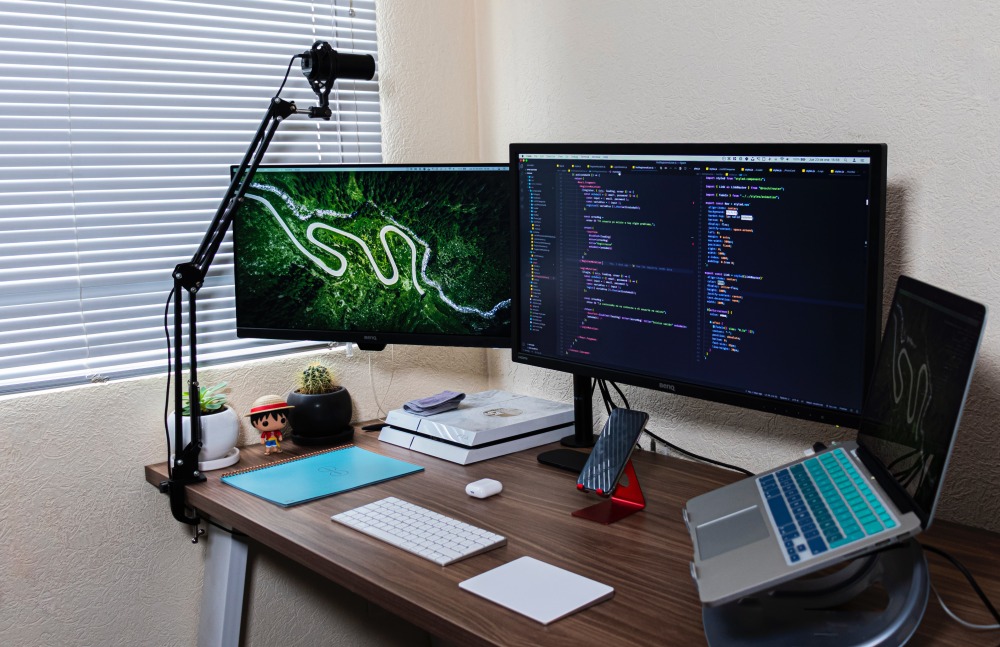 On August 18th 2021, Seven Peaks Software held an online webinar to discuss more on React JS Development. This topic was named Deploying React apps with confidence. Our three speakers of React JS experts shared their knowledge & expertise on how to build, test, and deploy React applications with full confidence through writing clean React code with clean-code structure, tips for react context API class component, end to end tests with the cypress testing framework, and much more! 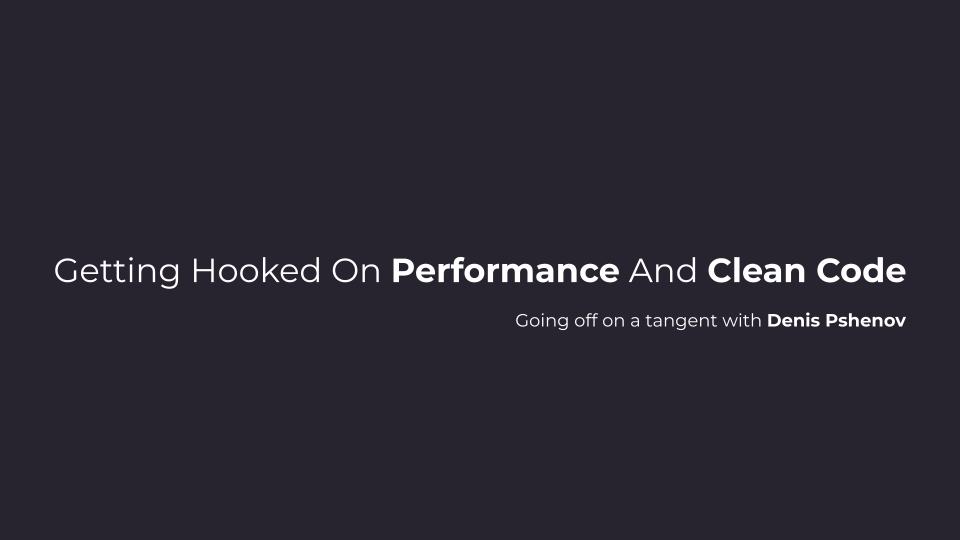 “So what really is a clean code? It’s the code that is easy to extend and easy to understand. In the case of a new member that comes into the team who is unfamiliar with the codebase will be able to come in and quickly contribute to the codebase, implement new features and all the other stuff.

To implement clean code it can start with clean naming, consistency, single responsibilities, and Finding the best practices for your topic and applying them.

This could be done by three actions:

This could be done by two actions:

React Is fast like actually fast where 90% of the time the user doesn’t need to be worried but, there might be a time when react becomes slow. When it becomes slow, one needs to understand where it is this slow and measure how slow it is. There are few tools that can help one to diagnose and measure on the problems: 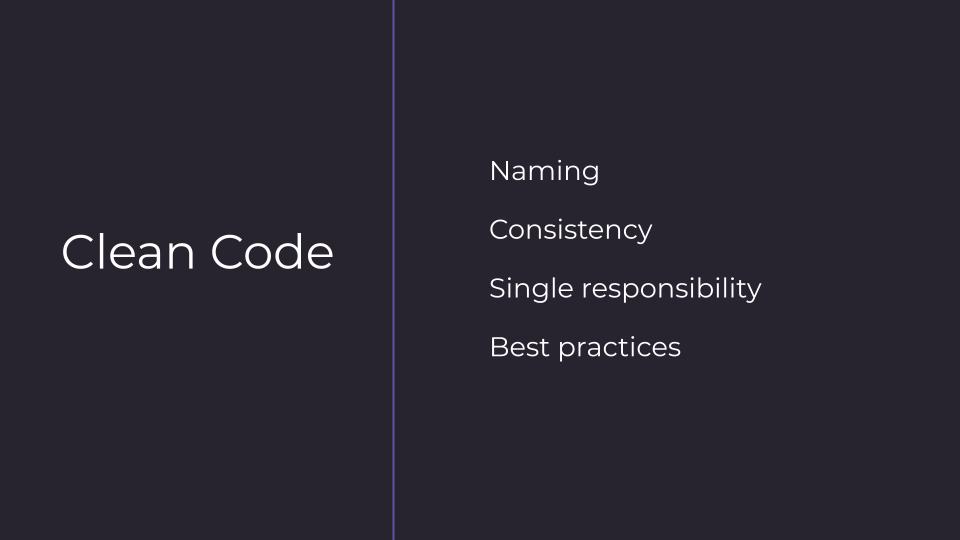 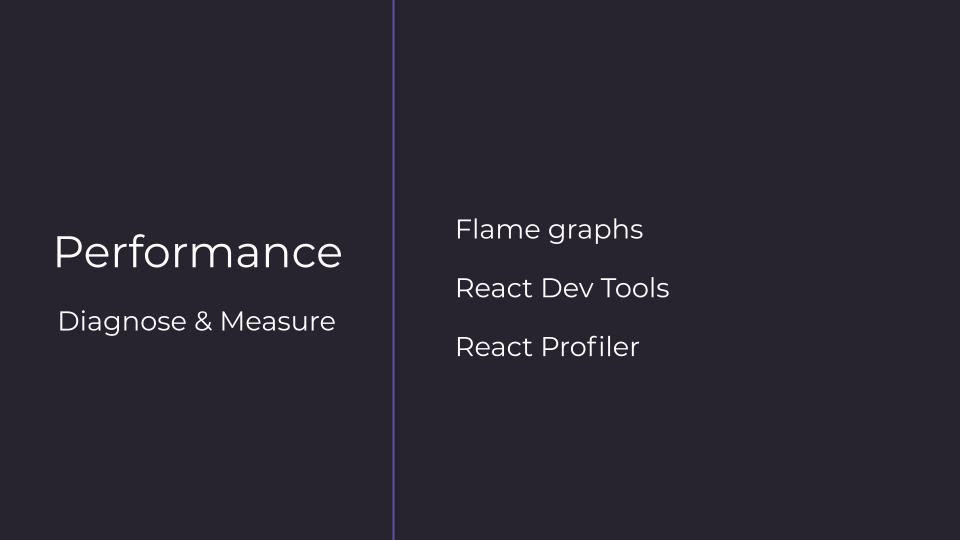 So once you identify you have a problem on a page but don’t know why the problem is there, what did i do wrong, and etc, to answer all your questions one really needs to understand why does react re-render something?

Sometimes you need to actually share the state between different components, well you need a global state. For a proper global state management, you can find a lot of NPM Libraries such:

And there are still few other ways on the optimizations that can be done but are not based on the clean code practice:

Watch the live presentation of writing clean React code below:

Getting Hooked on Performance and Clean Code by Denis.

Our second speaker, Huad, started his talk by diving deep into context API through showing the latest tips, tricks, and the Do’s and Don’ts of context API so that you can make the most effective use out of it.

“Context provides a way to pass data through the component tree without having to pass props down manually at every level.”
– https://reactjs.org/docs/context.html

“Another way allowing you to implicitly share data (state) between components.”
– Huad himself

Huad defines context as another way that allows you to implicitly share data (state) between components. As context is for state or data sharing, fundamentally in react , data sharing is just passing prop.

“So what’s the real problem and why do you need context when you can just simply pass prop? Well, the problem will arise when you pass down multiple levels.

It’s called props drilling. It happens when you have to pass down your data or prop into multiple levels, and the intermediate component doesn’t have to know about this data. Which is troublesome and annoying for some people.

So the problem caused by props drilling could be solved by the context API. The first thing we import is a function called create context from react. And it takes only one parameter, which is the default value that we just put undefined , or if you use TypeScript you have to pass this.

If you use JavaScript we can just leave it there. When calling create context you in return, you’ll get a context instance object. Then, that you have context, and how to use it.

So, in the result of calling create context you get the context object instance, and then in the instant property you add a component called provider. So, you just need to create the component with the one required prop, which is value, this value we’ll be using when you consume the context.

You just create a component and wrap it. Everything inside. So when consuming the context. You just use another hook from react, called use context, and pass the context, instead.

In return, it gives you the value that you just passed in the provider before, which is the object that contains the current color and sip color.”

Watch the live coding demonstration of React API Context below:

Our last speaker, Georgii, walked us through how to deploy your React Applications with confidence by performing practical testing, through using the Testing Pyramid, with the React Testing Library and Cypress.

Georgii starts off by explaining what you’ll need to expect when making a release to then delivering an application:

“So why we should write test in our front end application: 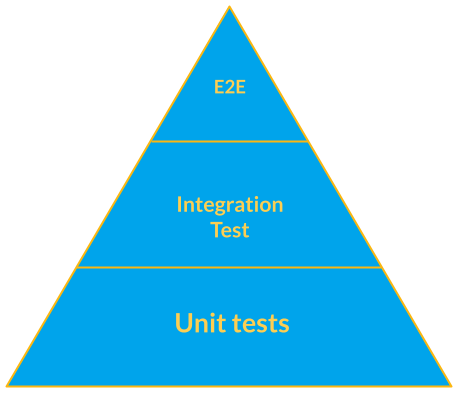 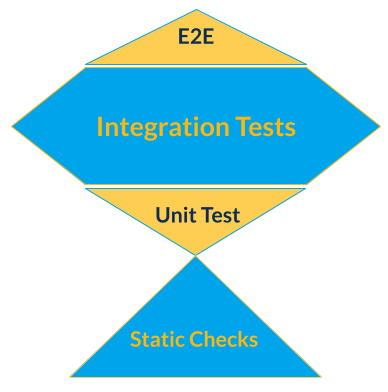 This concept or methodology can easily apply for the backend. On the unit tests, basically if you do, especially TDD, it’s much more like you write a unit test before you write into code.

Integration test you write a little bit less, but you just check how, let’s say API works just call API, and see, is it responding correctly, an endpoint, it’s mostly like postman or something like this you call rail API and see with real data, what’s going on.

But in the backend, you see failure right away, end to end tests, but each type of test has its own benefits.

Moving on to the testing trophy, Georgii starts with the basement of the concept which is static checks continued by unit tests, integration tests and end to end tests.

So what tools can be used on each test?

“Write tests. Not too many. Mostly integration.”
– Guillermo Rauch

Watch the live coding demonstration of integration & end to end testing below: